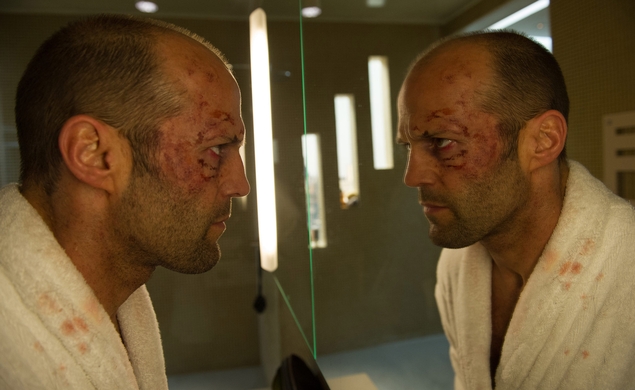 The sleek 2004 crime film Layer Cake helped cement British actor Daniel Craig’s movie stardom and land him the role of James Bond, starting with 2006’s Casino Royale. The movie was based on the novel of the same name by author J.J. Connolly, who recently penned a sequel book entitled Viva La Madness. Now Deadline reports the sequel book has been optioned by SJ Pictures to turn into a sequel film starring SJ Pictures partner Jason Statham:

“Connolly never names his chief protagonist anti-hero, but Statham will play the same nameless character we last saw [SPOILER REDACTED] in Layer Cake. It took Connolly more than a decade to follow that tale. Here, his protagonist is looking for a beach to land on in retirement, but instead he gets involved with trans-Atlantic drug deals, money laundering, high-tech electronic fraud, London lowlifes and Venezuelan drug cartels.”

I’m sure some will argue Statham is not the actor Craig is, but not me. Statham’s a Class A brooder and Layer Cake’s sneaky, snaky noir is right in his wheelhouse. I don’t know if I’d want to see him as James Bond (then again I might), but either way this is one Craig role Statham can handle. It should be a slam dunk for him, a slam dunk that involves him roundhouse kicking many people in the face, possibly while shirtless and covered in motor oil.