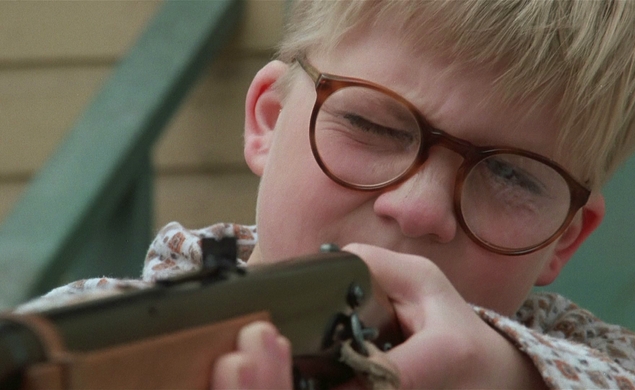 Now that Halloween’s out of the way, our nation’s retailers are hustling to squeeze every possible second out of the Christmas shopping season, which means that along with the sudden proliferation of ceramic snowmen and Little Debbie Cookie Wreaths at your local Kroger, the home video industry is already pumping out special anniversary editions of everyone’s holiday favorites. Today that means new DVD/Blu-ray combo-packs of A Christmas Story (happy 30th!), Scrooged (happy 25th!), and Elf (happy 10th!). It also means that some nice-looking non-Christmas box sets and anniversary editions are starting to show up on shelves, to temp early gift-buyers. The nicest-looking ones this week include the James Dean Blu-ray set (containing Giant, East Of Eden, Rebel Without A Cause, and bonus features galore), and The Right Stuff, which’ll be the subject of a lengthy essay here at The Dissolve tomorrow.

As for the 2013 movies making their home video debuts, you now have a chance to catch up with Dissolve staff favorites Passion (from director Brian De Palma) and Computer Chess (from Andrew Bujalski), as well as the surprisingly enjoyable Roland Emmerich action blockbuster White House Down. And though it falls a little outside the purview of this site, the HBO original movie Clear History, written by and starring Larry David (and directed by Greg Mottola), is out this week too. It’s been a daring year for HBO’s original series and movies, and while they haven’t all been winners, they’ve all been worth seeing.