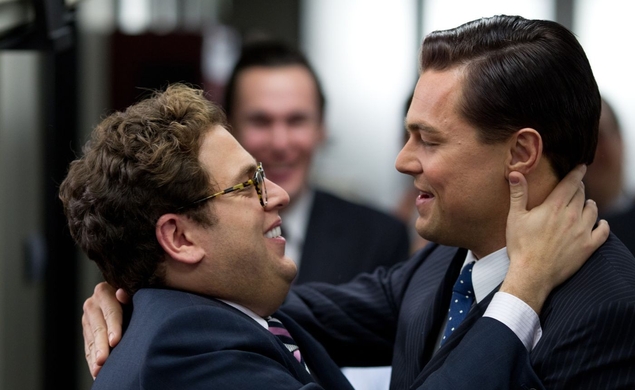 I take that back too; The Wolf Of Wall Street is too long! Many pundits and fans reacted to the news that The Wolf Of Wall Street was officially clocking in at a hair under three hours with horror or outright dismissal. “165 minutes of DiCaprio and Jonah Hill? Nah.” read one tweet I saw. “New #Scorsese film #WolfofWallStreet looks pretty awesome, but the thought of sitting for 2 hr 45 min is exhausting,” read another. (Also: sitting for three hours is the opposite of exhausting, but whatever). Sample just about any comments section for any article on the release date news and you’ll find tons of similar sentiments.

We could have a very long conversation about why long movies are awesome in general, but since so many of you have made it quite clear you guys are not fans of long things, I’ll save that for another time. Instead, I will simply observe the following: no one should be surprised Martin Scorsese made a long movie because Martin Scorsese always makes long movies.

It’s definitely possible that The Wolf Of Wall Street will be too long. But it’s also possible it’ll be the right length—or not long enough. Doesn’t Martin Scorsese, the guy who made Goodfellas one of the greatest movies in history at 146 minutes, and made Casino fabulous at 178 minutes, deserve just the tiniest benefit of the doubt? The wolf of Wall Street has nothing on the wolves of Internet fandom.

(NOTE: Christopher Rosen of The Huffington Post tweeted me to say that an earlier post on the site about The Wolf Of Wall Street’s release date move has a different headline and that his article was specifically about the runtime, which he ultimately found “is really nothing significant.”)