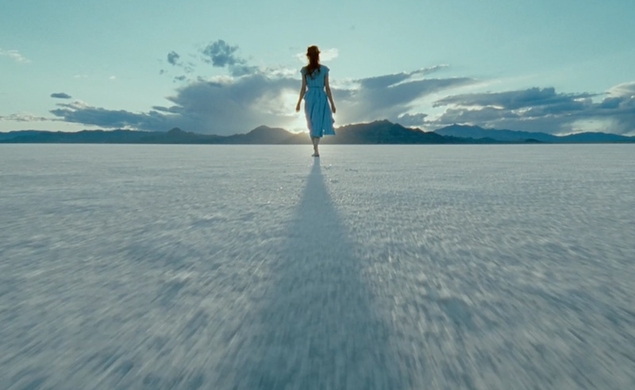 Terrence Malick’s The Tree Of Life juxtaposed the story of one family in 1950s Texas with spectacular visualizations of the origins of the entire universe. The visualizations were so spectacular, in fact, that plans were made to spin them off into their own film, an IMAX extravaganza titled The Voyage Of Time, narrated by Tree of Life star Brad Pitt.

As recently as May, Malick collaborators were saying in interviews that Voyage Of Time was on track to open in 2014. But over the weekend, a group of investors in the project filed a lawsuit against Malick’s Sycamore Pictures for breach of contract, accusing the auteur of becoming distracted by other projects and not meeting his deadlines.

What?!? Terrence Malick taking a really long time to make a movie? Someone bring me my fainting couch!

The Hollywood Reporter has full details of the suit, brought by Seven Seas Partnership, which alleges that Malick has “already spent $3.3 million of investment money as well as $2.5 million from a not-for-profit foundation ‘with nothing to show for it’” and that some of the funds for Voyage Of Time have been “co-mingled with other financial assets to support the production of other films by Malick.”

In response, Malick’s lawyers told THR in a statement that “the claims of Seven Seas are without merit. The film was on budget, on schedule, and all funds were used appropriately. Additionally, Seven Seas’ decision to file this lawsuit under the cover of darkness and go public with accusations before presenting Sycamore with a copy of the suit itself speaks to the weakness of the allegations.”