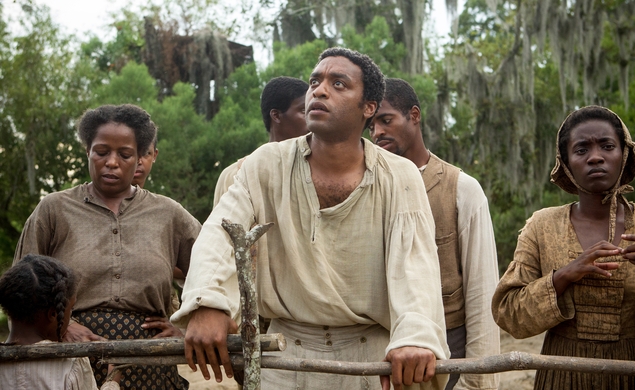 It’s late October, guys. We’ve put it off long enough: Let’s spend the next 10 weeks doing nothing but giving out awards! I mean, why else would you even watch a movie, except to give it an award? I can’t think of another valid reason.

Awards season really gets underway with the announcement of the Gotham Awards nominations, which are handed out each year by the Independent Filmmaker Project.  This year’s nominees are a strong bunch, led by Steve McQueen’s historical slavery drama 12 Years A Slave, which picked up three nods for Best Feature, Best Actor (Chiwetel Ejiofor) and Breakthrough Actor (Lupita Nyong’o). 12 Years was the only film with three nominations, but several movies grabbed two, including Blue Caprice (Best Actor for Isaiah Washington and Breakthrough Director for Alexandre Moors), Fruitvale Station (Breakthrough Director for Ryan Coogler and Breakthrough Actor for Michael B. Jordan), Inside Llewyn Davis (Best Picture and Best Actor for Oscar Isaac), and Upstream Color (Best Picture and Best Actress for Amy Seimetz).

The one film that wasn’t really on my radar in a big way before these nominations is Concussion, a 2013 Sundance selection that Radius acquired out of the festival. Described as the story of a “lesbian housewife Abby who, after a blow to the head from her son’s baseball, walks around her suburban life with a desire for something more,” it grabbed nominations for Breakthrough Director (Stacie Passon) and Breakthrough Actor (Robin Weigert). The film opened recently in limited release, and is currently available on iTunes and VOD.

The full list of 2013 Gotham nominees is below. The winners will be announced on December 2. Awards! Catch the fever.