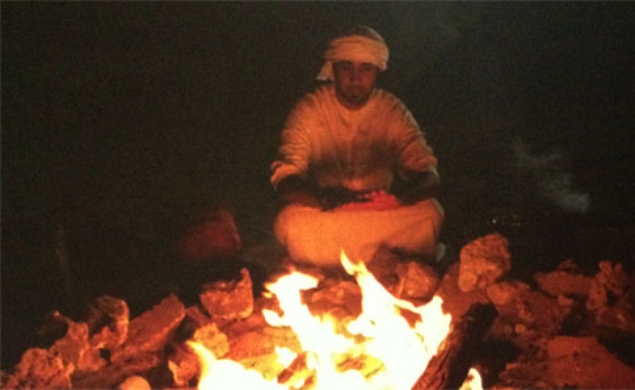 More than two years after production wrapped, Tobe Hooper’s Djinn will make its world première this week at the Abu Dhabi Film Festival. The director of the original Texas Chain Saw Massacre was brought on to direct the film, the United Arab Emirates’ first horror production, in hopes that he could help “build up a franchise” and help “set the benchmark” for the brand-new world of film production in the United Arab Emirates. But Djinn has been repeatedly delayed since it wrapped initial filming in 2011, amid rumors of controversy in its country of origin.

A djinn is a type of spirit, a novel ghost for what otherwise sounds like a familiar apartment-haunting story.  The spirits in this film are from an abandoned fishing village, angrily roaming the high-rise apartment complex built over their former home. The cautionary message about the price of economic and real-estate expansion lend credence to anonymous rumors that “Someone close to Abu Dhabi’s royal family has seen the movie and does not appreciate its portrayal of the UAE, and considers the movie to be politically subversive.” Another rumor claimed that the depiction of “a certain type of witchcraft that is not recognised with the beliefs of the nation” had been perceived as objectionable, while other sources close to production said that having one of the first Emirati films made by an American director became increasingly problematic. During the troubled production,  cultural consultant Nayla Al Khaja walked off the set. “I was the only Emirati on set—all the key players weren’t,” she explained. “It’s nothing against the people at all; it’s just that you couldn’t call it an Emirati film.”

Michael Garin, CEO of production company Image Nation, steadfastly denied all political rumors throughout the post-production process. He now says the delays were necessary for reshoots, re-edits, and composition of a new score for purposes of coherence. “When we finally assembled everything, we realised that there were elements of the story that were not readily comprehensible to an audience seeing it for the first time,” he explained. As for rumors of royal displeasure with the film, Garin is dismissive: “You actually believe that the Crown Prince had time to worry about a horror film? It’s so ludicrous. And if it were true, this movie wouldn’t be premièring.”

Here’s a trailer for the film, Hooper’s first all-new feature since 2005’s Mortuary: