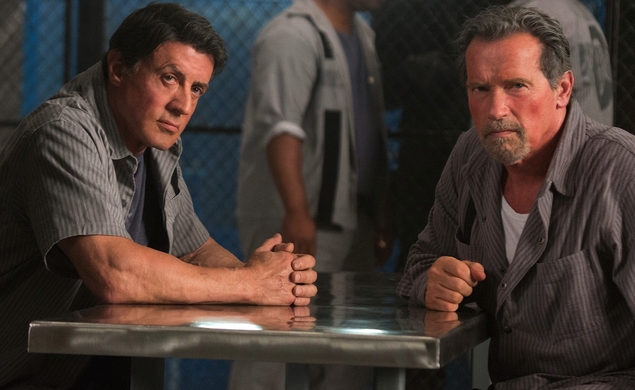 Arnold Schwarzenegger loves Reddit. “GovSchwarzenegger” has already done one of the site’s AMA (Ask Me Anything) sessions, and he pops up frequently, dispensing fitness advice and posting pictures from the set of his upcoming zombie movie, Maggie. Last Friday, to promote the release of Escape Plan, Schwarzenegger returned to the site for a more narrowly focused (and awesome) AMA. This time, instead of asking Ahnuld anything, fans could ask him to quote anything from his own filmography.

Between takes of Maggie, Schwarzenegger uploaded a bunch of hilarious quotes made even more fantastic by his post-apocalyptic zombie beard. There was this classic line from Jingle All The Way:

And this gem from Kindergarten Cop:

Also from Kindergarten Cop, with a special shoutout to a fan:

And who could forget this zinger from The Running Man (or the weird grunt as punctuation)?

There would have been much lamentation if he’d left out this highlight from Conan The Barbarian:

Here’s Arnold trying to make fetch happen, quoting one of his better one-liners from Escape Plan:

The sign-off video even included a reference to, what else, The Terminator: