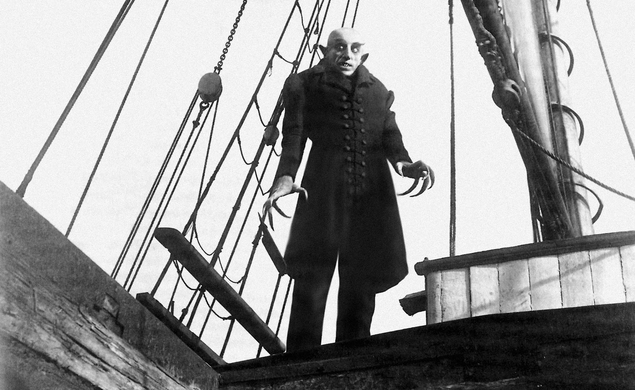 Nosferatu, F.W. Murnau’s masterpiece of German expressionist horror, has never been too hard to find. But it’s often been tough to find a good-looking copy of it. When I saw the film for the first time in high school, it was on a public-domain VHS tape I bought at the mall for $5. (I miss you, Suncoast Video.) The movie was great; the print was garbage. And for a movie that’s as beautiful as Murnau’s Nosferatu, you really want a print that’s clean. One of the earliest vampire films in history, this unauthorized adaptation of Bram Stoker’s novel, with Max Schrek as the blood-sucking Count Orlok, continues to influence the style and atmosphere of horror films to this day.

If you’ve missed out on Nosferatu so far, or you’ve only seen it on crummy VHS and DVD transfers like me, take note: the folks at Kino Lorber are about release a newly remastered HD edition of the film. On DVD or Blu-ray, the 2-disc set also includes The Language Of Shadows, a 50-minute documentary on F.W. Murnau and the making of Nosferatu. Here’s the exclusive première of the new edition’s trailer. Check out how spiffy this 92-year-old film looks:

Kino Lorber’s new Deluxe Remastered Edition of Nosferatu will be available on November 19. If you still have a Suncoast Video near where you live, maybe look for it there.