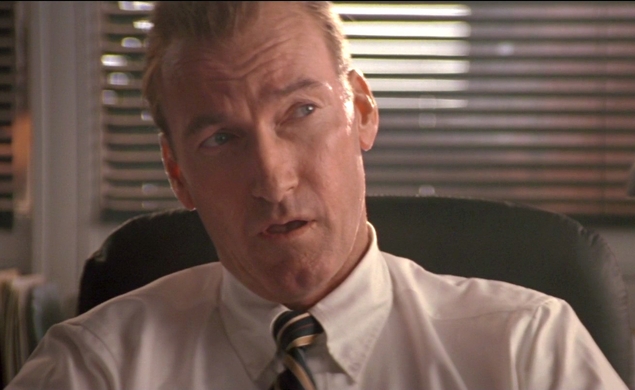 Character actor Ed Lauter, who died yesterday at the age of 74, said last year that “A lot of people say, ‘I know you,’ but they don’t know my name.” Instead they recognized his distinctively sharp profile, familiar from his extensive credits (over 200 are listed on IMDb), which suited the actor fine. “I wanted to do this since I was like eight years old,” Lauter said. “I am doing what I have always wanted to do, and yes, I feel very fortunate.”

Lauter’s mother was a Broadway performer and he was a cousin to actress Elaine Stritch. “I guess I just had that blood in me,” he said in 2010. “It gave me an innate feeling of confidence, so I got my college degree in English, and I got my Army out of the way, and I did some comedy while I was in college.” His stand-up comedy was praised by Richard Pryor, but Lauter wanted to be an actor, landing his big Broadway break in the original 1968 production The Great White Hope alongside James Earl Jones. That play propelled him to Hollywood, where he “met an agent named Pat Amaral, and she said, ‘Ed, nobody knows you out here, so we’re gonna get you to do these little bits and get you around the studios.’ So I worked on Mannix and Longstreet.”

Lauter did a lot of television throughout his career, running the gamut from B.J. And The Bear to Gray’s Anatomy. The actor’s big break in film came with 1974’s football prison comedy The Longest Yard. As he recalled, director Robert Aldrich “wanted to see, since I was playing quarterback, if I could throw the football.” The receiver was to be a former All Star Pro Pat Studstill. “I said, ‘Well, go out there for a little buttonhook, about 10 or 12 yards, and see what happens.’ So I go out, I throw a nice spiral and hit him right in the chest, and he dropped the ball. And Robert Aldrich said, ‘That’s it, get in the car. You got the part.’” Consistently prolific, his most high-profile film part in recent years was as the butler in 2011’s The Artist. The cause of death was mesothelioma, which Lauter learned he had in May.