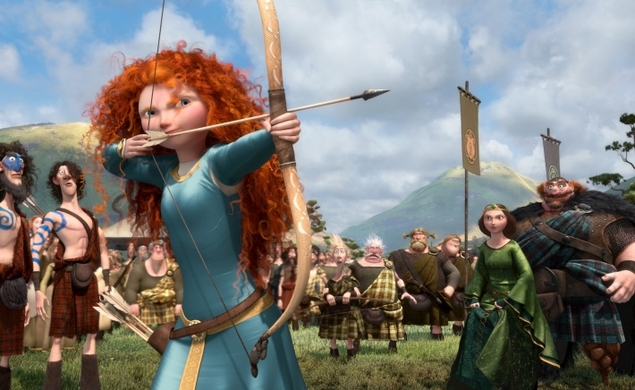 Last week, Disney animator Lino DiSalvo was quoted as saying that “animating female characters are really, really difficult, ’cause they have to go through these range of emotions, but […] you have to keep them pretty.” On Monday, Time quoted the official Disney response to the predictable Internet furor, which said DiSalvo had been quoted “out of context” and that “the animator was describing some technical aspects of CG animation and not making a general comment on animating females versus males or other characters.”

Brave co-director Brenda Chapman isn’t having it. “My immediate reaction was that I was absolutely appalled that anyone would say that,” she says in the same Time piece. Still, she wasn’t surprised, observing that the animation world is “run by a boys club.” That evaluation echoes her words from a New York Times op-ed last year, published as part of a roundtable discussion on how to increase women’s role in Hollywood. “How to get the Hollywood Boy’s Club to give up some of their seats for the ladies?” she wrote. “Okay, okay. I know—now stop laughing.”

Chapman was the first woman director of a major studio animated feature (on 1998’s The Prince Of Egypt), which she said in 2000 had “sort of been my lot in life as my career goes, to be the first woman, or the only woman, for a while. I find it almost a little embarrassing because it’s taken so long to get a woman in there to direct.” She was removed from 2010’s Brave, which she conceived based on her relationship with her daughter. “Animation directors are not protected like live-action directors, who have the Directors Guild to go to battle for them,” she wrote in the Times. “We are replaced on a regular basis—and that was a real issue for me.” Her disagreements with Disney included problems with the mother character. “At one point they thought I was making the mom too big, her bum too big,” she said. “And that was frustrating for me because I wanted her to feel like a real middle aged woman.”

She’s also expressed her anger over the redesign of princess character Merida, who was slimmed down and otherwise given a “blatantly sexist” makeover. “It’s horrible!,” she said earlier this year. “They have been handed an opportunity on a silver platter to give their consumers something of more substance and quality — THAT WILL STILL SELL — and they have a total disregard for it in the name of their narrow minded view of what will make money.” And with that, the ball’s back in Disney’s court.