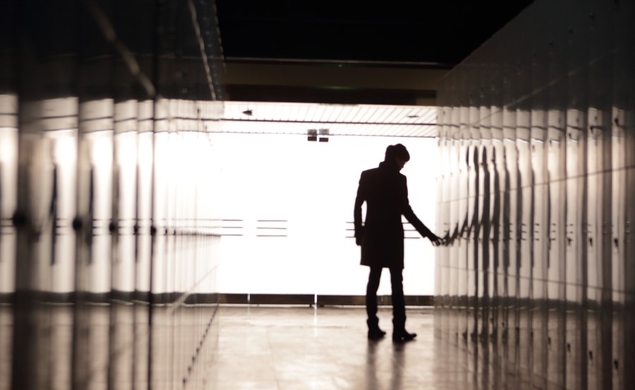 The new screening format ScreenX was unveiled last week at South Korea’s Busan Film Festival. Described by director Kim Jee-woon as a horizontal equivalent to IMAX, ScreenX offers a 270-degree view projected onto three walls: in front of viewers, but also to their left and right. Best known for films like I Saw The Devil and A Tale Of Two Sisters, Kim returned home after making his Hollywood debut with the Arnold Schwarzenegger comeback vehicle The Last Stand to become the first director to make a ScreenX movie, the 30-minute short “The X.”

The story is simple enough: special agent X (Kang Dong-won) is supposed to deliver a parcel to fellow agent R, but when he shows up at the handover site, R is dead and X’s girlfriend is tied up. Meant to show off the new format’s possibilities, the film, as described by The Wall Street Journal’s Jeyup S. Kwaak, has scenes ranging “from a panoramic shot of a bullet-slinging chase to a technically simpler scene involving a phone conversation between killers.”

“I initially thought ScreenX would be more effective for spectacular scenes but came to realize that it is unexpectedly effective for lyrical or creepy scenes, too,” Kim observed, though “making such a movie was like hell and nightmare.” At one point, 30 crew members had to line up directly behind the camera to avoid being in the shot. Still, the director is pleased with the final results, which he thinks “offer a stronger cinematic experience to audiences than IMAX by making them feel the images are filling the space fully.”

ScreenX was developed by CJ CGV, South Korea’s largest theater chain. The installation costs are estimated between $139,000 and $185,000, and ScreenX’s senior producer Paul Kim says renovating theaters for the format takes three days on average. At the beginning of the month, 22 theaters had installed the format around the country, and CJ plans to have 31 operational South Korean auditoriums by the end of October. The chain hopes to expand the format as a way of increasing its theatrical footprint in China, Hong Kong, and the United States.

Here’s an unsubtitled trailer for “The X” that does nothing to show off the format, but looks pretty cool regardless: