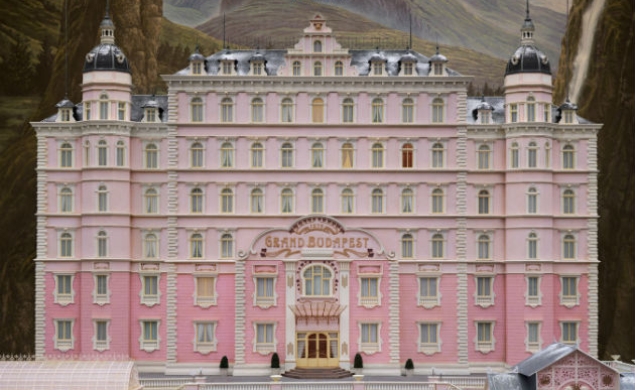 Even if they’d left his name off the poster, you could still tell the image below was advertising a Wes Anderson movie, right? The light, pastel credits; the text-at-the-top, image-at-the-bottom layout; the enormous cast full of Anderson favorites like Jason Schwartzman, Bill Murray, and Owen Wilson; the quirkily art-directed background. (Is that some kind of rock-formation moose on top of a mountain?) It just looks like a Wes Anderson movie. And it is.

The Grand Budapest Hotel, due out next year, is Anderson’s follow-up to 2012’s Moonrise Kingdom. It stars Ralph Fiennes as the titular establishment’s concierge, and focuses on his friendship with a new protégé, played by Saoirse Ronan. Here’s the poster: 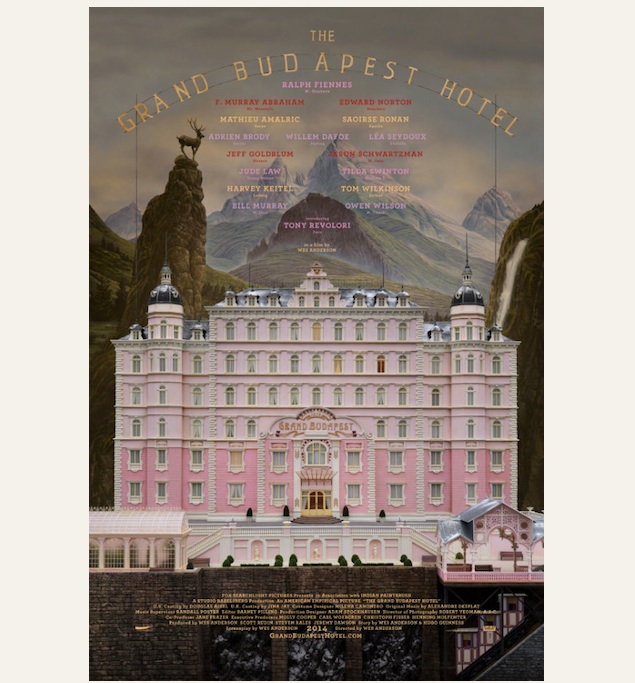 According to Hypable, we’ll see the first trailer for the movie this Thursday, October 17. What are the odds it features a song by The Kinks?