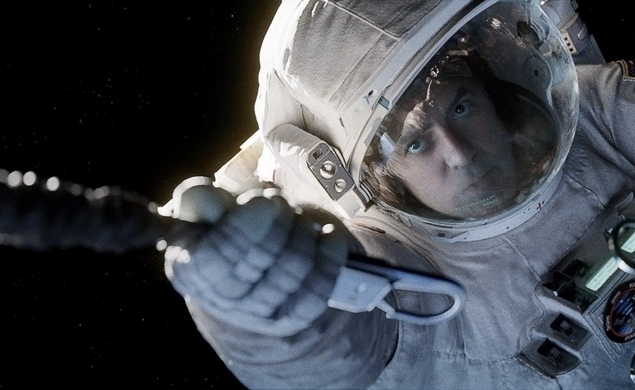 When it comes to describing Gravity’s success at the box office with space puns, the sky’s the limit. A stellar second week? Heavenly box office figures? Profit margins that are out of this world? Treated its competition to a case of uncontrolled decompression? All of the above; in it second week at the box office, Alfonso Cuarón’s space thriller earned $44.2 million, a week-to-week decline of just 20.7 percent. Overwhelmingly positive word-of-mouth from viewers encouraging their friends to see the movie on the big screen kept it a hot ticket in a way that is very unusual in modern film culture, where opening weekends are of primary and singular importance. How strong was Gravity’s second weekend? If the film had opened to $44.2 million, that still would have been the best domestic debut of George Clooney’s career (ahead of Batman And Robin’s $42.8 million).

Although it couldn’t match Gravity’s popularity, Paul Greengrass’ Captain Phillips still had a very solid opening weekend, taking in an estimated $26 million against its $55 million reported budget. Based on a true story, this thriller starring Tom Hanks as a cargo ship captain struggling to survive a hijacking by a band of Somali pirates, had an even better CinemaScore than Gravity—A to the latter’s A-—and could be competing with it at the top of the box office charts for the foreseeable future. It’s also Greengrass’ best opening weekend outside of the mega-popular Jason Bourne franchise.

Cloudy With A Chance Of Meatballs 2 came in third place for the weekend, dropping off just 32 percent and earning an additional $14.2 million. This dystopian vision of a nightmarish hellscape populated by sentient giant food (but for kids) continues to attract audiences at almost the exact same rate as its popular predecessor. After three weeks in release, Cloudy 1 had earned $81.5 million domestically; over the same span of time, Cloudy 2 has made $78.0 million.

The fourth place film last weekend was another sequel, but this one didn’t have nearly as much success bringing its fans back to the theater. The original Machete, from directors Robert Rodriguez and Ethan Maniquis, made $14.1 million over its Labor Day 2010 opening weekend. The new film, Machete Kills, made just $3.8 million in its debut. Even with a cast that included Mel Gibson, Charlie Sheen, Michelle Rodriguez, Sofia Vergara, Amber Heard, Lady Gaga, and Danny Trejo as the titular mercenary, the neo-grindhouse spoof did not connect with audiences. In the words of its hero: Machete don’t draw. In fifth place, the Justin Timberlake movie Runner Runner dropped 51% and grossed $3.7 million. Its two week total is $14.1 million.

It was the rare week where the most popular movies nationwide were also the most popular movies according to per screen average as well. Gravity’s $12,094 at each of its 3,660 theaters nationwide was the highest PSA of the weekend, followed by Captain Phillips, with $8,609 on just over 3,000 screens. With Disney remaining quiet on the subject, the relatively controversy-free Escape From Tomorrow, which was shot in secret and without permission at the Magic Kingdom and Epcot, made just $2,200 per screen at 30 locations around the country, for a first week total of $66,100. As I Lay Dying, directed by and starring James Franco, made $6,000 on a single national screen.