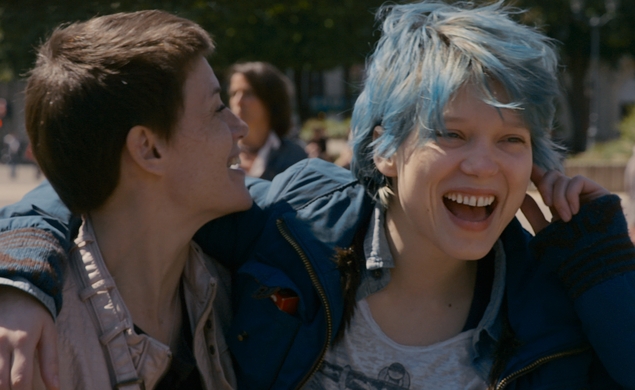 Boise, Idaho’s four-screen theater The Flicks, opened in September 1984, is the only arthouse in the state, but it won’t be able to show the Palme d’Or-winning drama Blue Is The Warmest Color without legal trouble. In Idaho, the ability to hold a liquor license is tied directly to Idaho Code 23-614, which defines acts of indecency and obscenity that can’t be shown in such locations as “acts or simulated acts of sexual intercourse, masturbation, sodomy, bestiality, oral copulation and flagellation,” plus “any person being touched, caressed or fondled on the breast, buttocks, anus or genitals.” Blue contains most of the above, hence can’t be shown at The Flicks. “It isn’t because we’re prudes,” theater owner Carole Skinner told The Hollywood Reporter.

The theater went through this exact controversy two years ago, when it wasn’t able to show the sex-addict drama Shame for the same reason. At the time, Boise Weekly writer George Prentice wondered whether the terms of the Idaho Code would also apply to a lot of R-rated movies whose exhibition isn’t interfered with in the state. “Actually, yes, a lot of R movies would be in violation,” he was told by Lt. Robert Clements, chief of the state police’s Alcohol Beverage Control (ABC) Bureau.

“We would probably visit with her and remind her what the statute says, so they got the heads-up ahead of time,” he said. “We’re not out to target people, or get them in trouble, or do the ‘gotcha’ thing.” Clements sounded unimpressed by the outdated law in general. “Our statutes have not kept up with the changes in marketing and business practices of the modern age,” he told Deeds. “Some of them still refer to the telegraph.”

It’s worth noting that a local multiplex operated by the Edwards Cinemas chain did end up breaking its own policy of not playing NC-17 films to show Shame for five days. No plans to do so for Blue Is The Warmest Color have been announced at this time, so Idaho residents wanting to see Blue may have to travel to another state or wait for home video.

In other Blue news, the war of words between director Abdellatif Kechiche and leads Adèle Exarchopoulos and Léa Seydoux about the alleged awfulness of working with him rolls on. Kechiche’s latest statement was to Indiewire’s Eric Kohn; he said he talked with Exarchopoulos, and their discussion “made it clear she wasn’t really saying what it sounded like she was saying.” As for Seydoux, Kechiche suspects “there are people around her that influenced her or even manipulated her. It’s people who exact some sort of pleasure from undermining me or the film.”