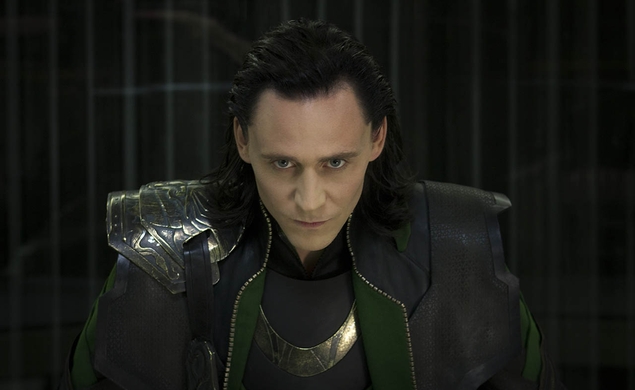 I think it’s safe—but still kind of remarkable—to say that Loki, as played by Tom Hiddleston in just two movies (a third, Thor: The Dark World, opens later this fall) is far more popular than Loki has ever been in decades upon decades of Marvel Comics. Never more than a second-tier villain on the page (which must piss him off to no end, since he’s a god and all), he’s been elevated to the status of pop culture icon thanks in large part to Hiddleston’s charismatic performance. After Robert Downey Jr.’s Tony Stark, he might be the most popular character in the Marvel Cinematic Universe, which is kind of crazy because he’s supposed to be the bad guy.

What Hiddleston brings to the character that he rarely possess on the page is a sense of vulnerability and even a sweetness; we hate Loki because he wants to subjugate us, but we also feel kind of bad for him, because it seems like if only someone would just give the poor guy a hug and maybe take him out to a nice dinner, get him to relax a little, he’d probably be an okay guy. Plus: Hiddleston doesn’t take himself, or Loki, too seriously. Everyone’s favorite moment in The Avengers is the one where Hiddleston looks the silliest: when The Hulk tosses him around like a rag doll, a scene that culminates in a hilarious shot of Hiddleston lying on the ground in abject shock.

For further proof of Hiddleston’s sense of humor: watch him honor a Q&A request to imagine how his signature character would sound as performed by actor Owen Wilson. It’s not the best Owen Wilson impression I’ve ever heard, but Hiddleston’s evident delight is infectious. No wonder everyone loves him.