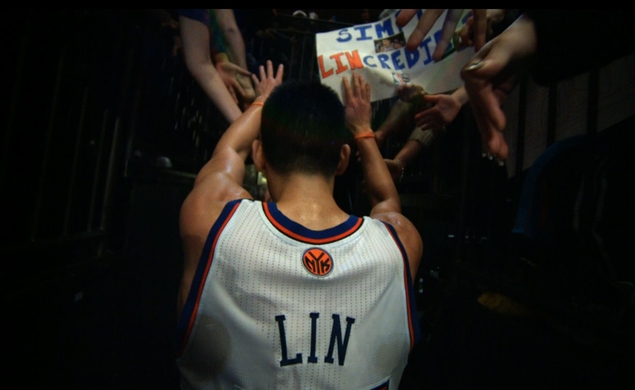 SundanceNOW’s Anthony Kaufman on the explosion in documentary films:

“In the rush to capitalize on these small but discernable audiences, the marketplace is being oversaturated. This is a familiar complaint—just two weeks ago, Docutopia lamented the flood of docs about the economy. But going back further, this is also one of the central factors that helped bring the indie film boom of the 2000s to a crashing halt. There were too many financiers putting too much money into too many films, which in turn were competing for too small of an audience.”

The Village Voice’s Vern on why Bruce Willis should stop making action movies:

“Bruce is an action icon, but is he really an action star, in the sense of the martial artists and ex-athletes who are happy to specialize? Those guys who would be wasting their talents if they quit choreographing fights and car chases and to do True West onstage? Willis is something different. And I’m here to say that it’s time to let Action Bruce go.”

“[Phillip] Lopate called him ‘the only film critic who did not take sides in aesthetic debates,’ adding: ‘This is peculiar. He did not align with the auteurs or the anti-auteurs, and he was far too gentlemanly to side with a critic like John Simon. He didn’t play favorites or fall in love the way Pauline Kael did, or to some extent Andrew Sarris.’ He could, however, deliver a tart putdown. He called the director Robert Altman ‘a walking death sentence on the prospect of American film,’ dismissed Casablanca as ‘a slushy romance’ and called Luis Buñuel ‘a highly resourceful technician and a highly neurotic adolescent.’”

Parabasis’ Isaac Butler on why fact-checking fiction is “poisoning” criticism:

“The Realism Canard is the most depressing trend in criticism I have ever encountered. I would rather read thousands of posts of dismissive snark about my favorite books than read one more blog post about something that happened in a work of fiction wasn’t realistic or factually accurate to our world as we know it. Dismissive snark, after all, just reflects badly on whomever wrote it (at best) and (at worst) cheapens the work it is written about. The Realism Canard gradually cheapens art itself over time.”

Plus, the rest of today’s biz-ness:
-A street-art tribute to James Gandolfini
-Ted Hope steps down as director of San Francisco Film Society
-A title and details for James Gray’s upcoming sci-fi thriller
-Alfonso Cuarón raids the famed Criterion DVD/Blu-ray closet
-Check out one of the world’s largest home movie theaters