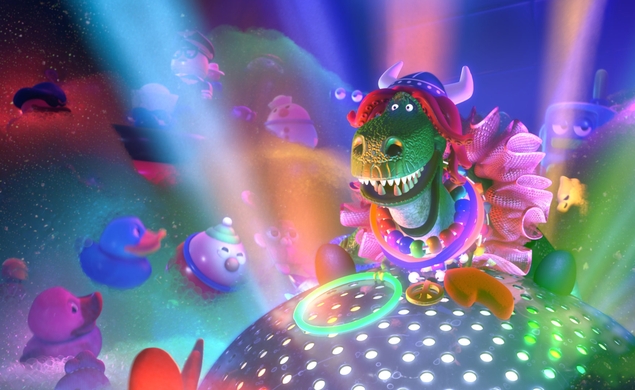 Yesterday Disney announced the surprise closure of Pixar Canada, an offshoot that opened with great fanfare just three years ago. “A decision was made to refocus operations and  resources under the one roof,” Pixar spokesperson Barb Matheson told The Province. “Staff were just told today. Not great news, obviously. It was just a refocusing of efforts and resources to the one facility.” That meant layoffs for about 100 employees, whose productions, according to a 2012 description by Creative Director Dylan Brown, included “six-minute pieces, and some one-and-a-half-minute films, which we call shorty-shorts.” The long-term goal was to create 22-minute specials, and to give characters from established franchises and properties new storylines and gags, as well as to have an in-house recruiting pool for Pixar’s main base in Emeryville, California.

General Manager Amir Nasrabadi arrived in Vancouver in 2009 to open the new branch with two colleagues and “armed with a couple of credit cards,” as he told The Vancouver Sun’s Gillian Shaw last year. Pixar Canada had 30 employees in summer 2010, over 50 by the time they started their first production, and just under 80 last summer. “We’re not hiring for 20-week contracts, we’re hiring for 20-year careers” Nasrabadi said at that time.

Variety’s David S. Cohen notes Disney was drawn to Vancouver in the first place by British Columbia’s film tax incentives, which were subsequently reduced, a potential contributing factor to the close. British Columbia Finance Minister Mike De Jong, who was appointed to the position last year, is trying to get the provinces of British Columbia, Ontario and Quebec to reach agreement about establishing a “rational film incentive across Canada” regarding tax credits and incentives rather than “competing to see who can send the biggest check to Hollywood.” British Columbia currently offers a 33 percent credit on production costs, but Ontario and Quebec have a 25 percent credit. The result’s been substantive film industry job losses in British Columbia in the last few years and substantive gains for Ontario, so the Disney Pixar announcement is part of a larger trend.

For a sample of the now-closed studio’s work, check out “Partysaurus Rex,” a short featuring Rex from Toy Story.