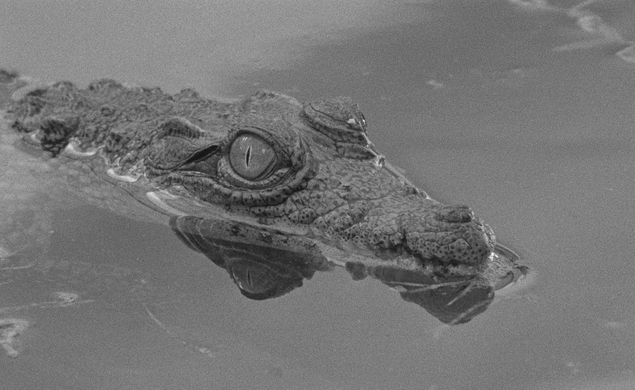 This year, average movie theater attendance across Europe has fallen 0.9 percent, with particularly large decreases of 12.3 percent in Portugal and 6.5 percent in Spain. Issuing these numbers, the European Audiovisual Observatory cited the recession and a lack of local products as contributing factors. Both Spain and Portugal are facing additional complicated problems with their domestic film industries.

A new film act passed in Portugal allowed for state financing body Institute for Cinema and Audiovisual (ICA) to obtain funding through payments from five pay TV operators. But the operators have simply refused to pay the required 3.5 Euros per subscriber, leading to a funding loss of at least 11 million Euros since July. The operators are calling the required payments unconstitutional and want a say in what projects are financed with their funds. Portuguese director Miguel Gomes (Tabu, whose star crocodile is pictured above) claimed losses had already hit 12 million Euros in an August editorial outlining the financial details of the companies refusing to pay, like Zon Audiovisuais, with “61.5 percent of the film distribution business, 57.6 percent of the film exhibition business, 100 percent of pay-TV film channels, 50.2 percent of cable television and internet access, 27 percent of landline telephone networks, and 1 percent of mobile cellphone networks.”

As reported by Portuguese journalist Joana Amaral Cardoso and translated by Jorge Mourinha (who also translated Gomes’ piece), this lack of funds could lead to a second “year zero” for the domestic film industry. The first was 2012, when funding stopped entirely. It could take years of legal action before this impasse is resolved, which producer Luís Urbano called unacceptable at a press conference last week, since “the sector cannot wait for such a long time.” “The future of Portuguese cinema is going to be decided in this game. Either there is a political response, or the sector dies,” he said, calling for the government to take strong action, adding that he would sue the state if they were responsible for any financial losses he incurred.

In Spain, The Observer’s Paul Hamilos reports that many Spanish film industry members are saying the government is actively trying to destroy them for political reasons. A few weeks ago, Joxe Portela (the newly elected head of main producers’ organization FAPAE) said that the industry wants “to switch from a subsidy model to a fiscal incentive and tax break model,” but needs government support to do so. Sixty-one Spanish films have been released this year compared to 80 this time last year, with shoots down 28.7 percent from last year and more than half of all domestic productions made for 1 million Euros or less. “I want to think that we haven’t been working in the committees that were set up last year just to entertain ourselves and that it is moving toward legislative changes,” Portela said.

New budget cuts proposed by the government weren’t what the industry was counting on. With public funding for Spanish films already cut in half over the last four years, the new budget lowers funding another 14 percent from last year to 33 million Euros, barely enough funding for the state funding body to pay off its debts. “This is a ridiculously small amount of money, for which there is no economic justification,” said Enrique González Macho, president of Academia del Cine, which organizes the annual Goya awards (Spain’s Oscars). “The government is scared of culture, and of cinema in particular. They are destroying filmmaking. If this carries on there won’t be any creative filmmakers left in Spain.”

Fernando Trueba, who directed the country’s Oscar-winning 1992 submission Belle Epoque, has fumed that “The government… has identified cinema as a political enemy, which is a tragic mistake. They want to wipe it out.” The Observer quotes Screen International’s Juan Sarda as noting that the government doesn’t “understand how cinema works. They want all the films to be commercially profitable, and privately financed. But they don’t realize that Hollywood only works because of the vast tax breaks it gets from the U.S. government.”