Somewhere out there, there’s a Steven Soderbergh cut of Spike Jonze’s Her 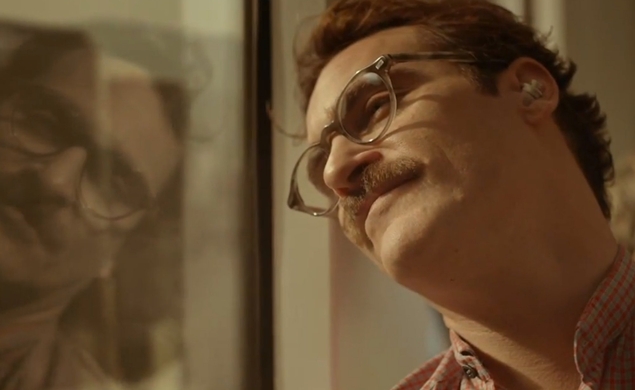 As part of his superb Vulture profile of Spike Jonze and his new film Her, Mark Harris reveals the filmmaker’s post-production process. Typically, Jonze calls on some of his creative friends to provide their opinions about his work; this unofficial advisory council apparently includes directors David Fincher, Nicole Holofcener, Miranda July, Bennett Miller, Chris Cunningham, Charlie Kaufman, actress Catherine Keener, and Jonze’s fellow producers on the TV and movie prank series Jackass. This time out, though, Jonze tried a new tactic he’d been considering for a while but never pulled the trigger on: He gave Her to another director to edit. And the director he gave it to was Steven Soderbergh, whom Jonze calls “the smartest, fastest editor-filmmaker” he knows. From Harris’ piece:

“Jonze asked him if he’d be willing to take a weekend to look at the movie and do his own quick, gut-instinct cut. ‘He got the movie on a Thursday, and in 24 hours, he took it from two and a half hours to 90 minutes. We basically said, ‘Be radical, shock us,’ and it was awesome. He said, ‘I’m not saying this should be the cut of the movie, but these are things to think about.’ It was amazingly generous of him, and it gave us the confidence to lose some big things that I wasn’t ready to lose [before]. Even though we didn’t use that exact cut’—the movie now runs about two hours—‘we were able to make connections between scenes out of connections he made. And making many of the cuts he suggested was a really good kind of pain.’”

You might recall that Soderbergh, who is currently “retired” from directing, similarly offered Mary Ann Bernard’s services as editor to director Paul Schrader on his movie The Canyons. After Schrader screened the rough cut for him, he “offered to do an edit of the movie if he was given the footage for 72 hours.” In that case, Schrader said no. Later, Soderbergh told Indiewire the offer to provide his own cut of a movie is “something that I have done for other people and it’s something that other people have done for me.” Like, I guess, Spike Jonze.

It will be interesting to see if Soderbergh scholars detect his influence in the final cut that comes to theaters later next month, even if, as Harris notes, the final cut is not the one the Behind The Candelabra director handed over to Jonze. And it’s only a matter of time before fans start clamoring to see some of the alternate cuts this article describes. And why not? Who wouldn’t love to see Steven Soderbergh’s version of Her?