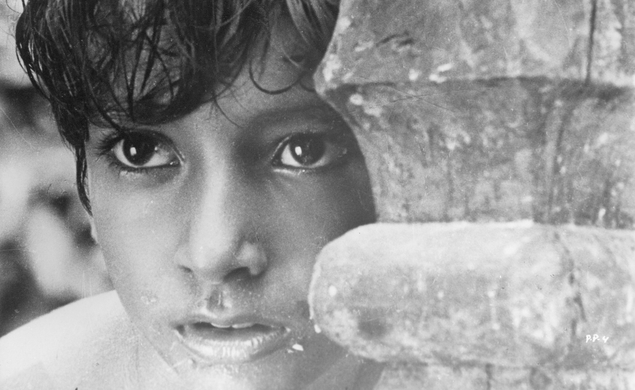 The 1950s were a boom-time for world cinema, with international film festivals, big-city film societies, and a burgeoning art-house scene helping to nurture the one-of-kind auteurs and national “New Waves” that were emerging everywhere. One of the most important films of this era was Satyajit Ray’s 1955 feature debut Pather Panchali, based on Bibhutibhushan Bandopadhyay’s novel of the same name. Set in a small Indian village, Pather Panchali follows a peasant family that dreams of bigger things, and Ray—himself a city boy, from a respected clan—captures both their deeper yearnings and their everyday pleasures with the eye of somebody who feels everything right along with them. Ray was inspired by the Italian neorealists, and like them he explored the lives of the poor with real cinematic artistry, trying to engage audiences rather than alienate or lecture to them. Pather Panchali airs tonight on TCM at 8 p.m. Eastern in conjunction with tonight’s episode of The Story Of Film, which is about that larger global surge in moviemaking. The episode airs at 10 p.m., followed at 11:15 by Youssef Chahine’s 1958 drama Cairo Station, a seminal film in Middle Eastern cinema.

Or: As the third entry in Jonathan Demme’s trilogy of Neil Young concert films, Neil Young Journeys didn’t get a lot of attention when it was released last year, but it’s a good one for Young fans and Demme fans alike, weaving old and new Young songs into the veteran rocker’s reminiscences of growing up in Canada and breaking into show business. Journeys airs this afternoon on Encore at 2:30 p.m. Eastern.