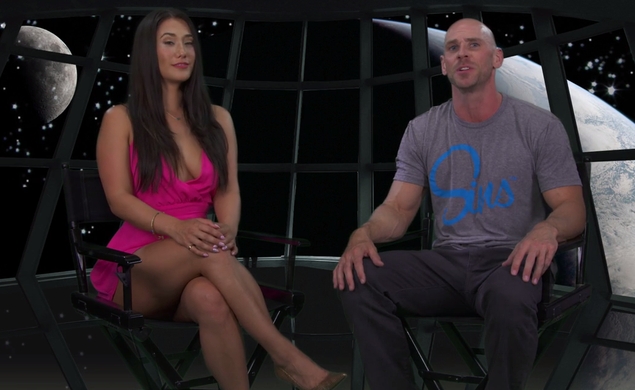 The Earth Moves
The Elevator Pitch: By the mid-’70s, minimalist composer Philip Glass had had it with such bourgeois constructs as narrative and structured melodic arrangements. If he wanted to build a four-and-a-half-hour opera about Albert Einstein in which nothing much happens and most of the lyrics are made up of numbers or solfeggio syllables, that was his right as an American. And that’s exactly what he did with Einstein On The Beach, perhaps his most conceptual work to date. John Walter’s documentary The Earth Moves scrutinizes the significance of the opera and how it speaks to the famed physicist’s life.
Budget: $100,000
Runs Until: July 3, 2015
“Shut Up And Take My Money” Factor: Einstein On The Beach is nowhere near the most accessible piece from Glass, composer of the accompaniments to Godfrey Reggio’s Qatsi trilogy. Even so, it’s a mammoth work of densely intellectual art, and for a minute there, it made opera into a vital and thrilling popular art form. Some professional insight on the piece could only increase a casual viewer’s ability to appreciate it.
Most Rewarding Reward: Donors willing to pony up $100 will receive an Einstein On The Beach beach towel, for those moments when you need all the fine honeys frolicking in the sand to know that you went to grad school.

For The Love of Spock
The Elevator Pitch: Perhaps you’ve heard of a science-fiction television program called Star Trek before? It ran on NBC during the late ’60s, chronicling the adventures of the intergalactic crew of the USS Enterprise? After it wrapped up its 79-episode run, it gave way to five more series and 12 feature films? Ringing any bells? This documentary focuses on the coldly rational Mr. Spock, the ship’s first officer and a constant foil for Captain Kirk. Director Adam Nimoy sat for extensive interview sessions with his father Leonard, the original actor behind Spock’s trademark ears.
Budget: $600,000
Runs Until: July 1, 2015
“Shut Up And Take My Money” Factor: For Star Trek ride-or-dies, this one’s a no-brainer. The faithful will gobble up any scrap of new insight on the series from its original key players, and a feature-length look at the inside of Spock’s mind could be too much to bear. For fans of the recent reboot series, Nimoy’s heir to the bowl-cut, Zachary Quinto, will narrate the film.
Most Rewarding Reward: A donation at the $100 level reserves funders a spot on a poster-sized mosaic of Spock’s face. I know what you’re thinking—“Couldn’t I just make my own Spock mosaic that’s all pictures of me and doesn’t cost $100?” But you’ve clearly missed the point of Star Trek: The needs of the many outweigh the needs of the few. The legions of Star Trek fans (the many) need your money. You (the few) don’t need a Spock mosaic made up entirely of photos of yourself. That’s what a crazy person would own.

These C*cksucking Tears
The Elevator Pitch: In 1973, a dairy farmer’s son named Patrick Haggerty released an album of heartfelt country ballads called Lavender Country. He sold around 1,000 copies and then it gradually receded from awareness for all but a very small, devoted segment of the public. See, Lavender Country has become a sought-after urban legend due to its groundbreaking status as the first-ever queer country album. In a genre dominated by traditionalism and so-called “family values,” Haggerty’s mere presence was an act of bravery. These C*cksucking Tears tells his story, 40 years of admiration as a folk hero in gay circles later.
Budget: $25,000
Runs Until: July 10, 2015
“Shut Up And Take My Money” Factor: It’s a fascinating, untold story with a commendable moral core. Brokeback Mountain addressed the inner turmoil of closeted, rural gay men, but for the most part, pop culture restricts its portrayals of queer life to the suburbs and the city. There must be some simple-mannered country boys (who like boys) somewhere out in Wyoming, just waiting for someone who can speak to them in their own language.
Most Rewarding Reward: The $3,000 reward is listed as follows: “An original and exclusive C*CKSUCKING TEARS-INSPIRED ART QUILT, HANDMADE BY THE FILM'S DIRECTOR DAN TABERSKI. If you've seen his quilts you know the level of detail and artistry the film promises. One of a kind reward!” I can’t say I’ve ever seen director Dan Taberski’s quilts, but the buzz is certainly promising. I can’t say what exactly “C*cksucking Tears-inspired” entails, either.

You’re So Cool, Brewster!
The Elevator Pitch: In 1985, Tom Holland’s bloody fun valentine Fright Night terrified and delighted audiences with its vampiric chills and knowing wit. Deftly balancing horror and comedy, Holland crafted a lasting artifact of ’80s fear that has since spawned a sequel in 1988 and a Colin Farrell-led remake in 2011. You’re So Cool, Brewster! tells the story of the goings-on behind the scenes of Fright Night, with Holland on board as producer. Acting as tour guide, Holland will take viewers down the long path from start to finish on this enduring B-classic.
Budget: $15,203
Runs Until: July 3, 2015
“Shut Up And Take My Money” Factor: You’re So Cool, Brewster! marks the first directorial effort from Christopher Griffiths. However, both Griffiths and producer/writer Gary Smart worked on the epic, nine-hour behind-the-scenes doc Leviathan: The Story of Hellraiser and Hellbound: Hellraiser II. (Not to be confused with the similarly-named experimental fishing documentary or gestating project about space-whales or po-faced Russian drama or Alien imitator from the ’80s.) I have had the privilege of seeing about 90 minutes of this sprawling dive into Clive Barker’s twisted, S&M-themed id. I can attest to these men’s pathological devotion to horror.
Most Rewarding Reward: A $53 donation gets you a T-shirt featuring exclusive red-and-white Fright Night artwork from Doug Saquic, plus a copy of this film’s DVD when it’s released. The former will earn you valuable cachet among horror nerds, who can recognize a T-shirt not readily available in stores in a heartbeat.

Pornhub Space Program: SEXPLORATION
The Elevator Pitch: Members of the human race have engaged in sex acts on camera in exchange for money just about everywhere under the sun: cars, vans, buses, airplanes, boats, public libraries, derelict carnivals, the defunct set of Hogan’s Heroes, the front lawn of the Westboro Baptist Church, you name it. But there’s one final frontier that has yet to be penetrated by the long reach of humanity’s sexual deviancy. After a torturously drawn-out countdown, the Pornhub braintrust will shoot performers Johnny Sins and Eva Lovia deep into atmosphere. At which point they will then do it—in space.
Budget: $3.4 million
Runs Until: August 9, 2015
“Shut Up And Take My Money” Factor: Why should you fund this project? Well, why did we fund The Manhattan Project? Why did we fund the Apollo mission? Why do we continue to fund cancer research? For the betterment of mankind, and so that we might leave a better world for our children. Generations from now, sweaty viewers will watch actors genetically engineered for sexual perfection grind against one another unencumbered by gravity, and they’ll give thanks for the audacity of their ancestors’ scientific aspirations.
Most Rewarding Reward: A $50,000 contribution entitles donors to what’s ominously labeled the “Black Hole” package. The reward includes standard stuff—a T-shirt, HD copy of the finished product—in addition to one of 10 “custom-made props” from the production. So… maybe they mean, like, a piece of the set? They probably (read: hopefully) are referring to something other than the exact thing you and I and everyone reading this article are thinking of. At any rate, here's this (and don't worry, it's SFW):