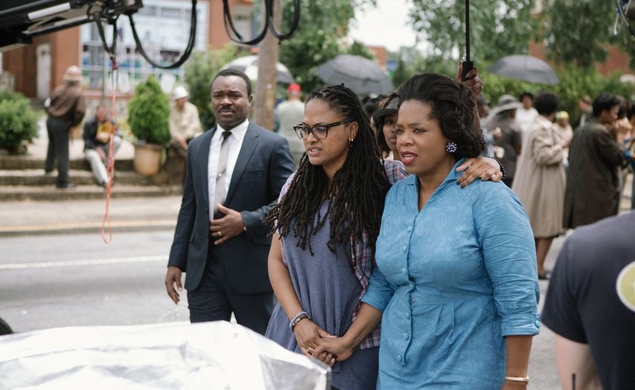 Selma and Lee Daniels’ The Butler co-stars Oprah Winfrey and David Oyelowo are looking to reunite in the kind of mythical-sounding and emotionally rewarding feature that Disney, already reeling from Tomorrowland fallout, probably really needs right about now.

The Wrap reports that both Winfrey and Oyelowo are in talks to produce The Water Man, a new original feature from the House of Mouse that sounds like the sort of thing that could bring some inventive family drama back to the box office.

Penned by Emily Needell (best known for her short film work, including “Tick Tock” and “Desert Noir”), the film “follows a young boy who seeks the title character, a mythical man who is said to have the secret to immortality, in an effort to help his ailing mother.” The outlet shares that the film has been described as “Stand By Me with an E.T. vibe.”

Oyelowo could also star in the film as well, though not as the eponymous Water Man (dammit), but as the “young man’s father who slowly comes to understand his son,” which sounds nice. Post-Selma, Oyelowo is on a tremendous hot streak—we’ll next see him in Captive, which arrives in September, along with rumored 2015 releases Nina (that controversial Nina Simone biopic that’s been kicking around for awhile) and Five Nights In Maine. He’s currently filming Queen Of Katwe, and he’s got both A United Kingdom and Three Seconds on his plate once that production is over. Oprah is, as ever, omnipresent.