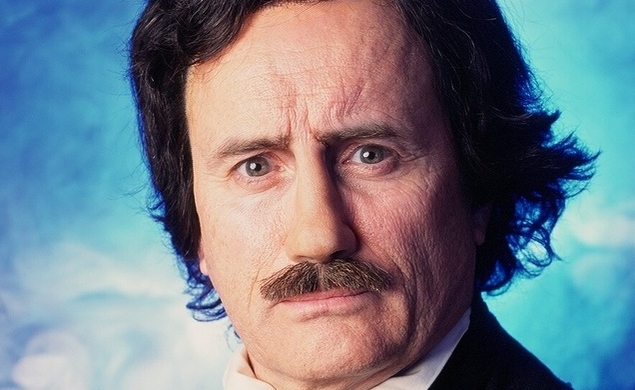 It’s been six years since film/theater director Stuart Gordon’s last feature, Stuck, during which time he kept busy with the one-man show Nevermore… An Evening With Edgar Allan Poe and the conversion of his best-known film Re-Animator into Re-Animator: The Musical. Now Gordon’s looking to turn Nevermore into a movie, and he’s launched a Kickstarter to help him raise the $375,000 necessary.

As with the play, Nevermore will star Jeffrey Combs, also still best known for his leading role in Re-Animator. Around 2005, he got interested in the idea of playing Poe after concluding few had successfully dramatized the writer’s life story and noticing they shared the same height (5 feet 8 inches). In 2007, Combs starred as Poe in Gordon’s reworking of the short story “The Black Cat” for Showtime’s Masters Of Horror series, and the results were so satisfying the director proposed the idea of a one-man show.

With Gordon’s regular writer Dennis Paoli, the three men fleshed out the structure: one long public appearance in 1848, one year after Poe’s wife’s death and one year before his own. The format was designed to eliminate the traditional one-thing-after-another choppiness of a biography, favoring a nonlinear structure instead. “It’s like peeling an onion,” Gordon told The Los Angeles Times in 2009.

The Kickstarter notes that the film will “expand on the stage play by dramatizing some of Poe's most famous works, including ‘The Raven,’ ‘The Tell Tale Heart’ and ‘Annabel Lee.’” The page also observes that “producing a period drama for $375,000 will be challenging to say the least, but we have an experienced team who have had great success at all levels of production, some at even lower budgets than this. We promise that every penny will appear on the screen, and that the finished film will look as if it cost many times its actual budget.” A little over $20,000 has been raised so far, so head over if you feel like helping Gordon out.

Here’s the fundraising video, where Gordon and Combs share clips of the stage production: