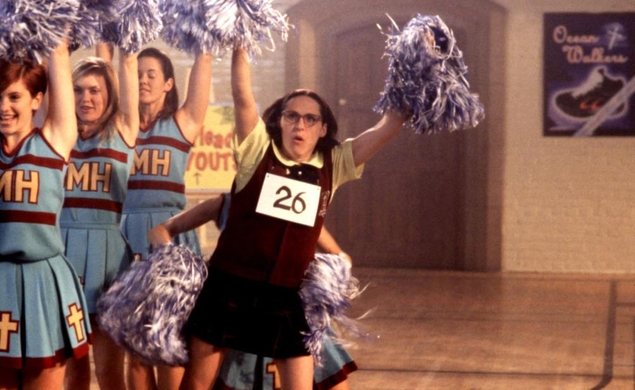 We’re already enamored of Heather Graham’s directorial debut, Half Magic, as its plotline has forced The Hollywood Reporter to talk about hot sex with quotes—“hot sex,” as it will forever be known—and that’s simply a matter of punctuation. Inspired by the works of other comedians and creatives like Lena Dunham, Tina Fey, and Amy Schumer, Graham’s film aims to bring some honesty and humor to the world of lady-centric sex comedies, an idea that’s been explored before (weirdly, Half Magic makes me think of the 1988 comedy Casual Sex?, which may not be the sort of thing Graham was going for) but that still has plenty of ground to cover.

Graham will direct and star in the film from her very own script—when she goes for it, she goes for it—which follows her character, Honey, on her quest to find a dude to have “hot sex” with (that quote, forever). Honey’s search, however, is not just about her, and she “makes a pact with her two friends (Kinsey and Beatriz) to shut down the self-doubt that interferes with them getting what they deserve, and the trio set out on a search for self-fulfillment.”

Of the new project, Graham told the outlet, “From Lena Dunham to Tina Fey to Amy Schumer, I have been inspired by the powerful, unapologetic female comedy voices paving the way for women in the entertainment industry…With the knowledge and experience I’ve acquired in my two decades in this business, I’m ready to put my own voice forward on a project inspired by the comical liaisons that my girlfriends and I have found ourselves in with respect to love, friendship and womanhood.” It sounds delightful, raunchy, and real, all the stuff that truly great sex comedies should be.

Still, will there be “hot sex”? We have to know. (We bet there will be, and probably also hot revelations about the self, which is also hot. Very hot.)