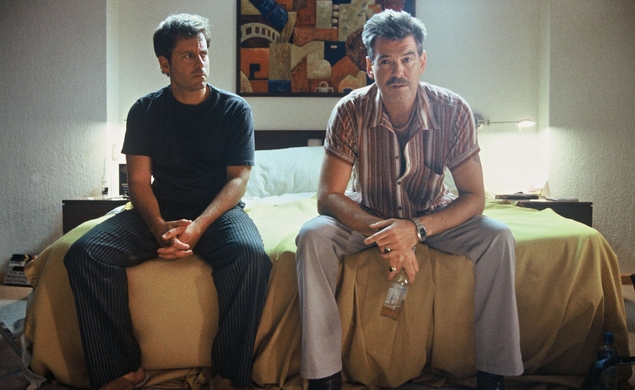 Before Pierce Brosnan was finally cast as James Bond, the role he was genetically designed to play, he specialized in playing second-rate Bonds on TV and straight-to-video movies. But he’s been mostly savvy about his career post-Bond, either playing characters far removed from the world of espionage or more diminished and compromised men in the same realm. The vastly underrated 2005 crime comedy The Matador falls in the latter category, casting Brosnan as Julian Noble, a long-in-the-tooth assassin who drinks, smokes, womanizes, and is losing his grip on professional competency. Greg Kinnear plays Danny Wright, a sadsack businessman who gets roped into a conversation with Julian on a trip to Mexico City. As the hitman gives him a window into his criminal world, Danny finds himself entering into a partnership that takes him morally far afield. Writer-director Richard Shepard tracks this mismatched buddy team with a crisp sense of style, a script that overflows with colorfully profane dialogue, and a ruthless impulse to dismantle Brosnan’s image. (“I look like a Bangkok hooker on a Sunday morning, after the navy’s left town,” he says, in a typical moment of self-deprecation.) The Matador is a nasty piece of work, and a clever pivot on Brosnan’s part just three years after Die Another Day. It airs twice on Sunday the 31 on Starz Cinema, at 1:35 p.m. and 8:15 p.m. Eastern.