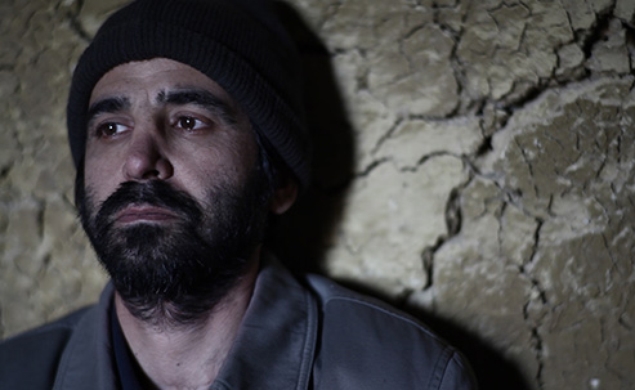 UPDATE: Wednesday a Hamburg Film Festival spokesman said that “We don’t know where this story has come from” and that Rasoulof had had his passport confiscated, leaving him still unable to travel out of Iran. The Festival’s official statement on the matter is here; more information from Screen Daily’s Melanie Goodfellow here. Thanks to Indiewire’s Anthony Kaufman for alerting us to the new situation.

ORIGINAL STORY: In June, Iranian dissident director Mohammad Rasoulof (then living in Hamburg, Germany) wasn’t sure if or when he’d return to his home country. He arrived on September 19 and was promptly detained by the authorities, who also confiscated his passport. It wasn’t clear whether he’d be allowed to leave again, but now it’s reported he will travel to Germany to attend the Hamburg Film Festival this week.

When the Financial Times’ Nigel Andrews spoke to Rasoulof in June, he’d just premièred his latest film Manuscripts Don’t Burn, which tackles the murder and “disappearances” of more than 80 Iranian writers, dissidents, and similar figures from 1988 to 1998 by the Iranian government. It was Rasoulof’s second film in a row to dare the authorities’ wrath: after being arrested in 2010 for “acting and propaganda against the system,” he was sentenced to six years in prison (later reduced to one year), including a month spent in solitary confinement. After his release, he completed 2011’s Goodbye, which addressed his plight indirectly through the story of a lawyer seeking a visa to travel outside Iran.

After that film’s première at Cannes, a fellowship allowed Rasoulof to move his family to Hamburg, where he’s spent most of the last two years. “My body may have been in Hamburg for the last few years, but my mind and heart—everything I think and want to feel—are in Iran,” he told Mother Jones’ Tamara Straus. “One thing I’m really afraid of is to be disconnected in that way for a long time. It’s the most fearful prospect I can think of.”

Manuscripts was partially shot in Iran, though with an anonymous crew in locations Rasoulof won’t name. “My next film will be made in Germany,” he told Andrews. “At present I don’t know what to say about whether I will return to Iran.” Speaking to The Daily Star’s Jim Quilty in September, though, Rasoulof was in a slightly more upbeat mood. “I don’t know what to say because my feeling is that circumstances are changing in Iran,” he said. “Even small changes make me optimistic,” Rasoulof noted, citing last month’s re-opening of Iran’s main film guild, the House of Cinema, after a 20-month closure that capped months of clashes between the independent-minded 5,000-member body and the government. “Maybe it’s a bit childish that when you’re given such a small thing it makes you so happy,” Rasoulof said. “But this is the condition we’re in, and we have to accept it.”

While the re-opening of the House of Cinema is in line with the election of comparatively moderate new Iranian president Hassan Rouhani, this isn’t the first time Iranian filmmakers have been subjected to a back-and-forth cycle about what’s permitted. You can find a chronologically scattered but useful overview of changes in censorship standards since the Iranian Revolution here, which documents potentially comparable moments of liberalization—like when Abbas Kiarostami’s Taste Of Cherry was banned at home but won the Palme d’Or at Cannes.

That was part of a larger trend of Iranian films traveling the festival circuit, with Cherry’s victory coming just before the election of promised moderate Mohammad Khatami, which temporarily enabled the release of banned films like Snowman, as documented in this fascinating contemporary article from  The Christian Science Monitor. That period of openness came five years after Khatami had resigned from his previous position as Culture Minister in protest over a resurge of influence from religious hard-liners. With such a state of flux, filmmakers like Rasoulof can never be sure where they stand officially.