Netflix, Sofia Coppola, and Bill Murray will wish you A Very Murray Christmas 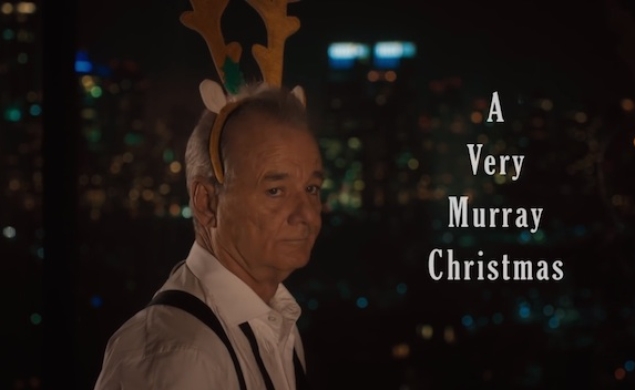 It may be a little too early for holiday ennui, but when that ennui involves the charms of Bill Murray, the directorship of Sofia Coppola, and the possibility of a natural disaster, we’re willing to make some tinsel-hung exceptions.

As we reported in the fall, Murray and Coppola are re-teaming for a new holiday special that sounds like the most adorable holiday special possible that does not involve stop-motion animation and legitimately sad toys. The Wrap is now sharing that A Very Murray Christmas will be “an homage to the classic variety show featuring Murray playing himself, as he worries no one will show up to his TV show due to a terrible snow storm in New York City.” (Spoiler alert: Some guests will surely show up, as George Clooney, Paul Shaffer, Amy Poehler, Julie White, Dimitri Dimitrov, Michael Cera, Chris Rock, David Johansen, Maya Rudolph, Jason Schwartzman, Jenny Lewis, Phoenix, Frederic Moulin, Rashida Jones, and Miley Cyrus are all listed as part of the special’s cast.)

Coppola directed the special, which she also co-wrote with Murray and Mitch Glazer.

The special is now set to air on Netflix in December, ensuring that everyone has more than enough time to stock up on some Suntory and stoke the fires of everlasting Murray love. You can get an idea of the special’s look and feel (yes, very Lost In Translation hotel bar) with this quick teaser touting the program below. See? Charming.