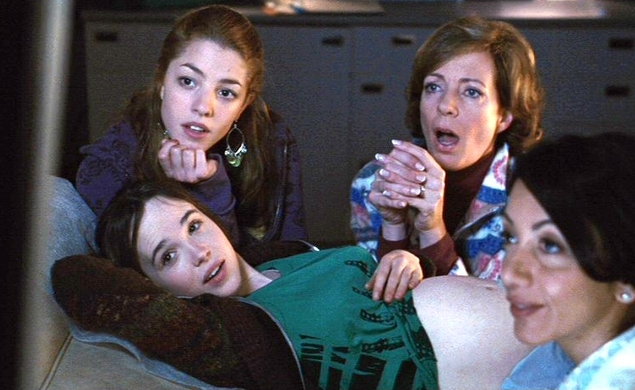 What makes someone a mother? Is it the biological bond between a woman and her baby? The emotional ties that develop between a child and its caretaker? Or, like, I don’t know, stealing a baby from your blood relative, passing it off as your own, and then raising it with the help of your ex-boyfriend’s mom? Tallulah, a new “dramatic comedy” (emphasis on the “dramatic”), posits that it’s all three!

Announced today, Tallulah stars Ellen Page—well-versed in the complexities of motherhood, thanks to 2007’s Juno—as the titular character, a “free-spirited young urban adventurer who rescues a baby girl from her spoiled and reckless mom” and then “quickly learns that the rest of the world thinks she kidnapped the child.” Is “urban adventurer” a thing now? Or is this one of those strange, made-up jobs featured on The Bachelor?

Either way, don’t trifle with an urban adventurer—apparently they’re hard as fuck and don’t apologize for accidentally kidnapping children. Page’s character goes on to “pass the baby off as her own,” then decides to raise it with the mother of her ex-boyfriend, Margo, played by Allison Janney. But! By the time the baby is returned to its “rightful owner,” (DCFS??) “all three women will forge an unbreakable bond of motherhood.” So, if I’m to understand this correctly, Tallulah, her ex-boyfriend’s mom, and the child’s mom, from whom she stole a BABY, will come together to oversee said baby’s growth and development. What a world.

The fact that Tallulah might be very funny, thanks to its talented cast, tempers this plot summary, making it feel a little less, what’s the word… insane? Page and Janney are consistently fantastic and hilarious, and have shared the screen twice so far: They starred as stepmother and stepdaughter in Juno and as, uh, Rosemarie DeWitt’s niece and good friend, respectively, in 2013’s Touchy Feely. And Sian Heder, one of the brilliant women behind Netflix’s smash series Orange Is The New Black, wrote Tallulah’s script and will make her feature directorial debut. That last fact is particularly exciting, what with female writers and directors being systematically shut out of Hollywood on a daily basis.

“We believe in emotionally charged stories with universal themes,” said Russell Levine, the CEO of Tallulah’s production company Route One, making a grand assumption that unrepentantly kidnapping your own parent’s kid is a thing that everybody does. “This project has award-winning talent teamed up with a gifted young writer/director who wrote a brilliant script. Ellen Page and Allison Janney will give this film the nuanced comedic and dramatic strength it needs and we’re thrilled to move this project forward.” Production is slated to start in June, but, armed with this new information, feel free to start suspiciously eyeing your free-spirited family members as soon as possible.