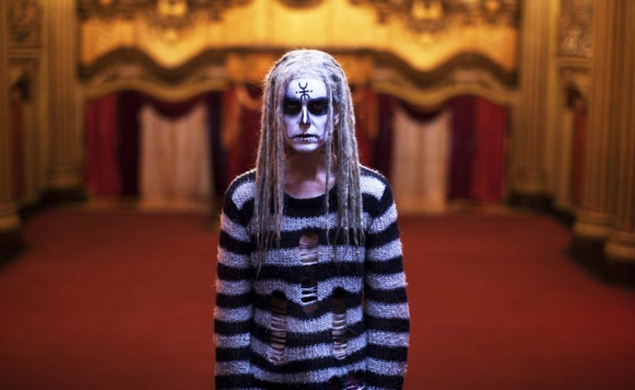 One of the great pleasures of a Rob Zombie movie—and “pleasure” is the right word, even allowing for the gruesome things that often happen in them—is that his sensibility is so plainly rooted in horror past, specifically the ’70s of Tobe Hooper, John Carpenter, and many less reputable purveyors of nasty fright. The Lords Of Salem isn’t as fully formed as his best film, The Devil’s Rejects, but it evokes an atmosphere that’s equally rich, built on Velvet Underground songs like “Venus In Furs” and All Tomorrow’s Parties,” the casting of actresses like Dee Wallace and Meg Foster, and the notorious history of the title city. Sheri Moon Zombie, his wife and muse, stars as Heidi Hawthorne, a DJ who receives a box containing a mysterious album by band called “The Lords.” When she plays the album on air, the horrible dirge has a strange hallucinatory effect on Heidi and her listeners, and coincides with the emergence of a coven of middle-aged witches in her building. As usual, Zombie is more interested in creating a mood piece than delivering outright shocks, and for that he draws on influences that include The Shining, The Exorcist, Rosemary’s Baby, and early Dario Argento, as well as the potent idea that maybe rock-and-roll really is the devil’s music. The story isn’t entirely thought-through, leading to an inconclusive and unsatisfying ending, but getting there is an immersive treat—like entering a drive-in time machine. The Lords Of Salem airs Sunday at 9 p.m. Eastern on Encore Suspense.