Abel Ferrara's next film is Siberia, based on the works of Jung 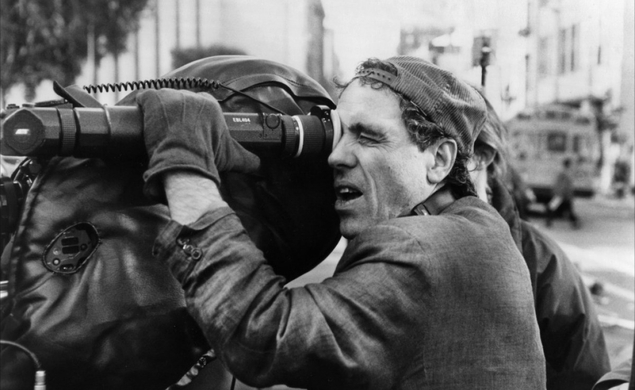 We’ve run a whole mess of candid, funny, illuminating interviews here at The Dissolve over the past couple of years. Indisputably, the greatest of all was Simon Abrams’ chat with a fuming Abel Ferrara, cartoon steam blowing out of his ears in response to IFC’s choice to recut Welcome To New York despite the filmmaker’s objections. Ferrara said many wonderful things:

- “Do you think I write my shit for a fucking lawyer? You’ve seen my fuckin’ movies: What are you, kiddin’ me? I don’t write my shit for fuckin’ nobody. I’m a fucking filmmaker.”
-“Listen, dude: A film cannot be anti-Semitic. It’s your perception of a film that’s anti-Semitic. Tony Redman, who edited the film, was active in making the film’s final cut. He’s a Jew. There’s no anti-Semitism in his work. So Vincent [Maraval, head of Wild Bunch] can go fuck himself with his fucking bullshit.”
-“I’ve got final cut. I don’t even get involved, bro! I haven’t had to deal with that bullshit since 1985, or ’91—some time so long ago I can barely remember it. IFC has nothing to do with me. This film, the way we went at it, we went at it, okay? We just did a film about this event the way we did it, ya dig? I’m an artist: I react to the fuckin’ world.”

A real gem, that Abel Ferrara, and now he’s at it again. Even as his latest effort, the Pier Paolo Pasolini biopic Pasolini, awaits a theatrical release, Ferrara’s already plotting his next film.

Deadline notes that the lightning-rod director will announce Siberia, his newest film and latest collaboration with star Willem Dafoe, at a press conference next week. Written with Chris Zois, Siberia draws inspiration from Carl Jung’s seminal psychological text The Red Book, meditating on the underlying significance of inscrutable dreams. Production is set to begin in October, with shooting in the United States and Italy.

The most curious aspect of this reveal was Ferrara’s choice to turn to popular crowdfunding web site Kickstarter to drum up a budget. After the unpleasantries with IFC and Wild Bunch, it’s no surprise that Ferrara would want to put a bit of distance between himself and the studio system. Regardless, it’s difficult to visualize a guy like Ferrara with his hat in hand, looking for a handout from anybody.