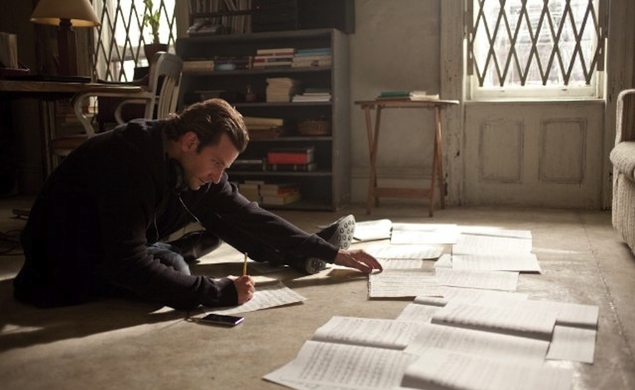 Looks like the Limitless entertainment universe is expanding. Growing? Getting bigger? But in a way that doesn’t have limits? What is the word for something like that? It’s like…boundless? Immeasurable? Oh, well, it will come to us.

CBS is in the process of turning the Bradley Cooper-starring 2011 smash hit Limitless into a television series (remember how Limitless made over $160 million at the box office? what a world!) starring Cooper’s own American Sniper co-star Jake McDorman as a new protagonist rocketed into a new world by the consumption of a wild designer drug. The series will follow McDorman’s Brian Finch as he, like Cooper’s Eddie Morra from the feature film, gets sucked into the weird world of NZT, an intelligence-boosting pill that has some hideous side effects.

The series is being set up as a procedural, however, as Entertainment Weekly reports that Brian will be “coerced by the FBI into using his extraordinary cognitive abilities to solve complex cases for them.” That’s one thing you can do with a big brain, I guess, though Cooper’s character definitely had more fun when he was all juiced up.

Although Brian’s experience with NZT sounds a fair bit different than Eddie’s, it turns out that the TV world of Limitless and the film world of Limitless are still the same world of Limitless! To drive that point home, Cooper will actually appear on the new fall series, reprising his role as Eddie and tying him directly to Brian, as EW reports that Brian is actually Eddie’s “new protégé.” Morever, it sounds like Eddie has found a way to keep up his NZT consumption without keeling over, which is also great news for the new guy. Cooper will appear in the pilot episode and is then expected to recur throughout the rest of the season, though it’s unclear just how, ahem, limited his part will be.

Both the film and the series are based on Alan Glynn’s book The Dark Fields.

The new series will co-star Jennifer Carpenter, Hill Harper, and Mary Elizabeth Mastrantonio, and it will air on CBS on Tuesdays at 10 P.M., starting this fall.