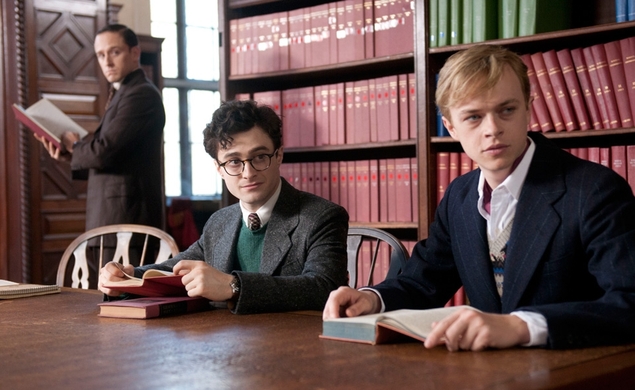 John Krokidas (Kill Your Darlings) finally has funding, and a cast, for his Karl Rove-Lee Atwater road trip movie, Deadline reports. Young Americans, previously College Republicans, then Young Republicans, will depict the young Rove (Dane DeHaan) and Atwater (Daniel Radcliffe) on a Mission From God®, as they go on a criss-cross-country trip in a Ford Pinto in the spring of 1973, attempting to convert young people to the conservative cause.

Co-starring Amanda Seyfried as Kate King, a young, ambitious woman who threatens to beat the boys at their own game, Young Americans will follow the dynamic duo, who saw humble beginnings as members of the College Republic National Committee (Rove dropped out of college in June 1971 after one semester to take a job with the CRNC), met during a chance encounter at George Mason in 1973, then took to the road on said Pinto expedition. While I’m not a fan of either man’s politics, I’m pretty excited to see Atwater, the more “freewheeling” of the two, and Rove, the more “straight-laced,” as idealistic (and ostensibly fun) young men before they transmorphed into the grumpy old men we now know. Think of Young Americans as On The Road, but with fewer drugs and more fiscal frugality.

Krokidas’ Kill Your Darlings similarly plays with history and historical characters, telling the slightly altered story of the Beat Generation and the unfortunate murder that almost derailed the entire movement before it got going. Both Radcliffe (as the studious young Allen Ginsberg) and DeHaan (as the less-studious but equally young Lucien Carr) have a good time with their thick-frame glasses and pre-hippie shenanigans, and Krokidas displays a way with actors, allowing them space to breathe while the narrative slowly encroaches, threatening to suffocate them.