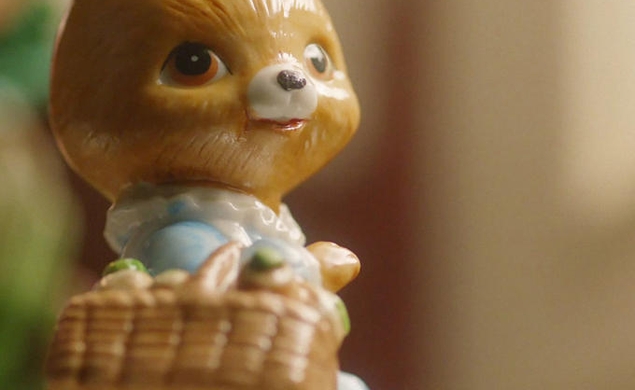 Bennett Miller is the visionary director behind Capote, Moneyball, and Foxcatcher. His films have been recognized many times over by the Academy—five Oscar nominations and a Best Actor win for Capote, five noms for Foxcatcher, six for Moneyball—and he won Best Director at Cannes for Foxcatcher last year. He also dated Ashley Olsen for a little while, despite being nearly 20 years her senior. Based on these accomplishments, and his unchanging expression in photos, we all thought Bennett Miller was some kind of pristine post-human. But it turns out we were wrong. Bennett Miller is human. Bennett Miller poops.

I know, it’s upsetting to me, too. But why else would Miller sign up to direct several Quilted Northern commercials? Adweek (via /Film) reports that Miller is behind (tee-hee, okay, no more puns, because all the good ones have already been made) six new spots for the esteemed toilet-paper brand. The unifying concept of the spots: Quilted Northern is such a delightful toilet paper—so soft, so discreet, so understanding—that it renders bathroom trips completely forgettable for humans (like Bennett Miller). But that does little to assuage the horrible plight of sentient bathroom accessories, which must endlessly bear witness to said humans using the toilet.

All Miller’s commercials are narrated by a third-person omniscient voice, which is very literary. It’s a choice that makes sense, because books are toilet paper with words. One spot centers on Daddy Gator, a grizzled reptilian seafarer who’s eternally beached across from the john. “Daddy Gator sees all, and forgets nothing,” the narrator intones. (I think it’s God.) “‘I’ve gotta motor out of here,’ he thinks. This is no place to raise a child.’ ” Another stars Little Miss Puffytail, a suicidal porcelain rabbit who pleads for an elbow to knock her from her potty-facing perch. (“ ‘Smash me. Dear God, smash me into a million pieces,’ Little Miss Puffytail thinks everytime someone enters this room.” ) But the best is Great Grandpa Thaddeus, an old-timey portrait who “always hoped to know his great-grandchildren. But not like this. Not like this.”

Watch them all below, and don’t leave the seat up when you’re done.