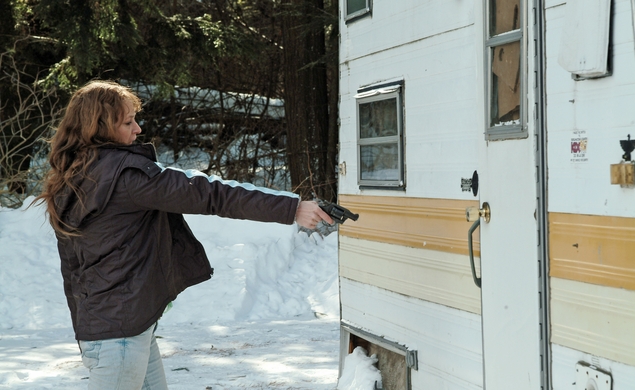 The directorial debut of cinematographer Reed Morano is as good an excuse as any to revisit one of the most visually striking films she ever shot, which also happens to be a heartbreaker: Frozen River stars Melissa Leo in one of her signature hard-luck-and-hard-choices roles, in a film that feels much like Winter’s Bone with an older cast and a different set of bad options. Leo stars as single-mom-by-circumstance Ray Eddy, a struggling dollar-store employee trying to keep her kids fed and keep them from losing their trailer, even though her irresponsible husband has gambled away their savings. Eventually, with the help of a Mohawk local (Misty Upham), she falls into a scheme to smuggle immigrants across the Canadian border through the local reservation by driving across the iced-over river, which winds up being even less safe than it sounds. Leo has always been a fantastic talent—her Best Supporting Actress win for The Fighter just confirmed what indie fans already knew—and she did actually earn a nomination for this role, as well. Writer-director Courtney Hunt gives her an impressive showcase, in a bleak thriller that underlines the narrowness of her choices, and doesn’t blame her for the ones she picks, but sticks her and her family with the consequences anyway. It plays on Starz Cinema at 5:50 p.m. Eastern.