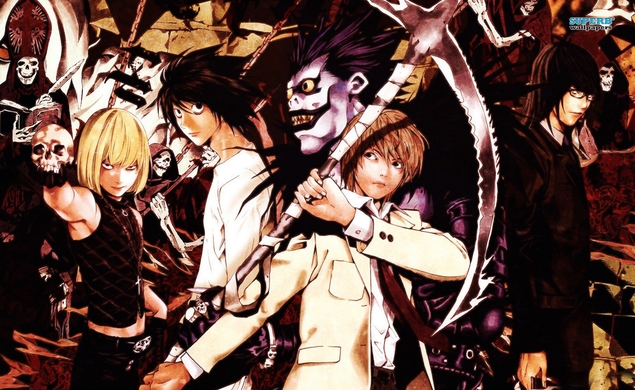 Adam Wingard has shored up a whole lot of street cred in indie spheres for his tone-perfect genre exercises You’re Next and The Guest. From the humble cult beginnings of his DIY horror oddities with Joe Swanberg and contributions to anthology films V/H/S and The ABCs Of Death, Wingard’s now poised to insinuate himself into the big leagues, in a big way. In February, Wingard signed on to return to the horror form with The Woods for Lionsgate. (Plot details are scarce, but Wingard conceded that the film will follow in the age-old tradition of college kids will going camping and terrible things happening.) But today brings news of a new project from Wingard, and a jump to the next level of showbiz.

Warner Bros. has been developing an English-language film adaptation of huge-in-Japan manga Death Note for a long time now. Back in July, Shane Black and Gus Van Sant’s names were being thrown around as potential directors for the project, but they have both parted ways with the production. Adam Wingard is the latest talent attached to Death Note, as The Hollywood Reporter noted today. He’ll direct from a script written by Jeremy Slater, the pen behind the upcoming Fantastic Four film and February’s The Lazarus Effect. This marks Wingard’s first go with a major studio, and the prospect of the director being afforded the budget and resources of a bigger operation will be enough to entice more than a few curious cinephiles.

Death Note centers on an intelligent but bored student named Light Yagami, who picks up a composition notebook labeled “DEATH NOTE” that falls out of the sky one afternoon. He discovers that when he writes a name down on its pages while picturing that person’s face, that person dies shortly afterward. In no time at all, the power’s gone to his head and he declares himself the God of a new utopian world of his own design, in which anyone he judges as morally insufficient shall be eliminated. Soon, an enigmatic detective code-named L begins to notice a pattern in the seemingly random array of deaths affecting Japan’s criminal population.

So begins a twisty, twisted game of cat-and-mouse between Light and L, both racing to sleuth out the other’s identity. It’s a riff on Crime And Punishment for kids who went through a goth phase in middle school, tightly packed with ruminations on justice, power, good vs. evil, and the afterlife. It’ll be a sizable undertaking for Wingard, with higher stakes than ever before. If he does a job deemed unsatisfactory, he’ll be subjected to the ire of a thousand Death Note fans impotently writing his name in homemade murder notebooks.