Release dates announced for Furious 8, a whole bunch of other Universal movies 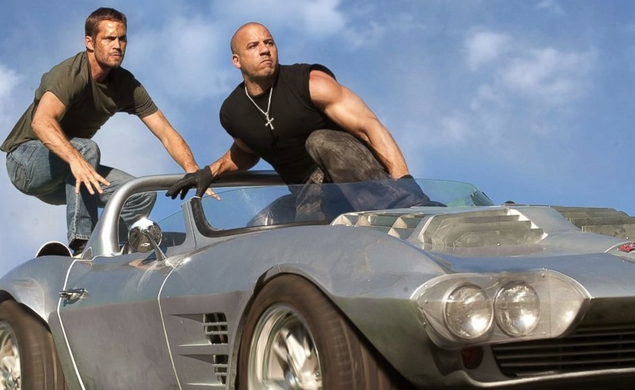 It was only a few weeks ago that Furious 7 opened huge en route to becoming the frontrunner for Best Picture at next year’s Oscars. The film exceeded even the wildest expectations of everyone who isn’t Vin Diesel by grossing over one billion dollars in its first month at the box office. To put that into perspective: That’s a lot of money. Also, it’s the seventh top-grossing film of all time, despite being less than a month old.

So a sequel was inevitable, despite Paul Walker’s untimely death. Luckily for the franchise, it has grown in cast and popularity to the point where Walker’s role could conceivably be replaced by 20 more minutes of the handsome, ad-libbed comedy of Tyrese Gibson. That’s everyone’s favorite part of the movies, right? It seems unfair a man with such impressive abdominal muscles is also so consistently gut-bustingly hilarious.

During a panel at CinemaCon, Universal confirmed the sequel news, revealing that the release date for Furious 8 will be April 14, 2017. In a signature bit of modesty, Diesel says of the upcoming car-crazy action adventure, “We’re going to make the best movie you’ve ever seen.” Clearly Diesel hasn’t seen a little movie called A Talking Cat!?!

Universal also announced more release-date news involving films that aren’t going to be the best you’ve ever seen: The release date for Pacific Rim 2 (a sequel more or less willed into existence by nerds and the internet and the nerds of the internet) will be pushed from April 7, 2017 to August 4 of the same year, which presumably will be a less competitive slot. If nothing else, it won’t have to face Furious 8’s first month, which promises to be a beast, commercially. This is good news for nerds, because it means that the film is actually happening, and nerd god Guillermo del Toro will be returning to choreograph the monsters-versus-robots action.

In other news sure to appeal to nerds, Warcraft, the adaptation of World Of Warcraft, has been bumped from its initial date of March 11 to June 10, 2016, right in the thick of the summer movie season. The film will be directed by Duncan Jones, or as he’s more awesomely known, David Bowie’s Super-Talented Son. (He previously directed Moon and Source Code). The film will face fierce competition from the Teenage Mutant Ninja Turtles sequel and the Dwayne Johnson-led disaster movie San Andreas and Star Trek 3, all of which open around the same time.

Universal is also attempting to build a monster universe patterned after the Marvel Cinematic Universe. The first entry, Dracula Untold, was no Love At First Bite-style smash, but Universal still has high hopes for its reboot of The Mummy, whose release date was shifted from June 24, 2016 to March 24, 2017. An “untitled monster movie” was similarly shifted from April 21 to March 30, 2018.

Studios have a long-standing record of sticking with what works, so it’s not at all surprising that the sequels to Fifty Shades Of Grey will be released around Valentine’s Day in 2016 and 2017. The first will arrive on February 10, 2017, while the third film will debut on February 9, 2018. Considering how successful the first film was with a February release, why mess with a winning formula?