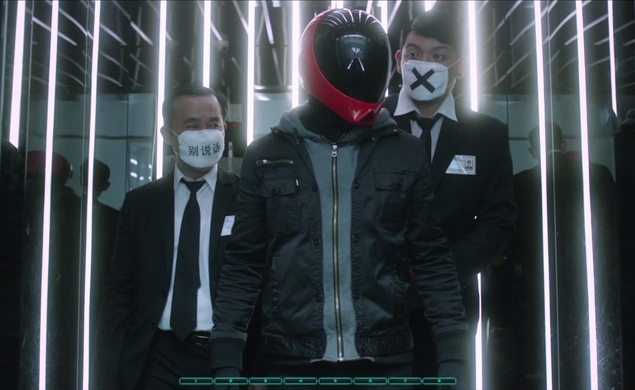 There’s a gradual sea change taking place, in which the film industry resembles the TV industry a little more with every passing day. The connected-universe business is reminiscent of executive ploys to goose viewership by staging crossover episodes between different shows on a single network. Now, studio tentpoles function more as pilot episodes, their prime objective to spawn a lengthy and lucrative franchise. And though it’s not as unsavory as the previous examples, indie sci-fi projects have taken a page from this book. It’s become relatively common for ambitious young filmmakers to assemble a short film a pitch it to studios as a proof-of-concept for a feature-length project. It’s intended as evidence that the director has a story hook and visual competency deserving of full funding and studio support. These proofs-of-concept aren’t a bad idea, and have already gotten some thrilling pitches picked up for production.

Today brings another fulfilled dream to a hungry filmmaker. Deadline reports that Fox has scooped up the rights to “Controller,” a short film from Iranian-born music-video vet Saman Kesh. As is to be expected from a graduate of the School of Music Video Hard Knocks, “Controller” is a slick, stylized, high-concept piece of work. In it, a girl held prisoner in the futuristic metropolis of New Taipei (Kesh traveled to Taiwan just to shoot his short) takes control of her lover’s body via an interface connected to a Daft Punk-esque helmet. She then saves herself by using her meat puppet to fight through a maze of cubicles in an electrifying continuous shot. (Though, sharp-eyed viewers will be able to single out a few sly cuts the director of photography may have fudged.) With HBO’s True Detective and Netflix’s Daredevil series, the long-take beatdown has become very much en vogue. Take a look at “Controller” below, and ponder how long it’ll be until this impressive feat of camera maneuverability is reduced to a meaningless stunt to entrance viewer eyeballs.