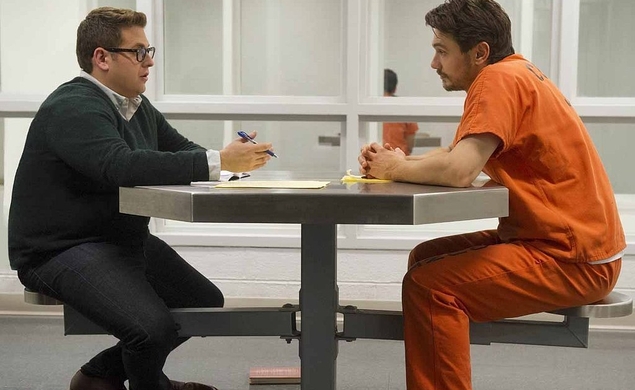 The New York Times’ A.O. Scott debates the merits of art versus truth in storytelling:
“A few months ago, at the height of Oscar season, journalists indulged in what has become an annual orgy of fact checking. Feature films like the best-picture nominees Selma and American Sniper were subjected to special scrutiny because they were based on true stories. Departures from the record were parsed and debated, then everybody moved on. Or maybe not. Jonah Hill and James Franco can currently be seen in True Story, a based-on-a-true-story fictional film about lying, the very existence of which is evidence of the endless appeal of epistemological vertigo.There seems to be a pervasive free-floating anxiety about stories that claim to be true — the best kind of stories, maybe, but also the most treacherous — and it has often gravitated toward more literal representations of fact. But even when it’s documentaries that are being scrutinized, concerns about accuracy have a way of missing the point.”

The Village Voice’s Alan Scherstuhl on “the tyranny of pew-pew” or, how fun fantasy became inescapable:
But here's the thing: Star Wars: Rebels is on the Disney Channel. A helpful graphic at the opening of each episode announces it's rated TV-Y7 — meaning, perfectly appropriate for seven-year-olds. I'm not here to say that all that jolly mayhem is any less appropriate for second-graders than Friendship Is Magic. And I'm not here to wonder whether Star Wars: Rebels is legacy pop culture — like DC and Marvel superheroes — that parents might be forcing on their kids the way white boomer dads evangelize Steely Dan. Instead, as the Avengers kick off another summer of mighty Marvel mook-blasting, I just want to ask: Why do we (mostly) agree, today, that this material is appropriate? And is something lost when pew-pew action/adventure follows the trajectory of soft drinks and fast food — going from occasional treat to everyday staple? In short, how did the decapitations of orcs and robots become the very center of our media culture?”

Filmmaker Magazine’s Matt Mulcahey interview Steadicam operator Larry McConkey in conjunction with the 25th anniversary of Goodfellas:
“ ‘It’s incredible to me that The Copa Shot from Goodfellas (1990) was blocked, lit and filmed in a half-day before lunch. Walk me through that process.’

McConkey: ‘We did our first walkthrough in the late afternoon — the idea was that we would shoot it at night. Lorraine Bracco and Ray Liotta were there, and Marty said that he wanted it to start with this big close-up of the tip being given to somebody to watch Ray’s car, and then we would walk and follow them. So we walked across the street, went down the stairs (of the Copa’s back entrance), around the corner and down a long hallway. Now, Marty may have just thought that he would have voiceover overtop of the shot, but I was kind of looking at my watch and thinking, ‘This is already the worst case of shoe leather in the history of cinema. There’s no way this will ever work.’ We got to the kitchen and Michael Ballhaus said, ‘Marty, we have to go into the kitchen.’ Marty said, ‘Why would they go into the kitchen?’ And Ballhaus said, ‘Because the light is beautiful.’ ‘OK, we go in the kitchen.’ So we turned the corner and went into the kitchen and then back out the same door. Finally, we get into the club and there’s some dialogue and some action, but I’m thinking the first two minutes of this shot are going to be awful. There’s no way they’ll ever use it. They’re going to cut it to hell.’ ”

Splitsider’s Philip Stamato interviews The Room’s Tommy Wiseau about his creative process and his new sitcom:
“ ‘ How do you go about writing the script and the characters in your show?’ ‘I create different characters based on my vision. I always say, “If you don't have vision, you don't have nothing, basically.” It's funny, sometimes people borrow my stuff which I don't appreciate because I think any creative mind of person create something, he or she should be compensated for it. It seems some other stuff is not nice, then you go into this tight stuff, all the parodies, this and that. No, it's bullshit because… You cannot have both ways. If you have respect, get it, your life doesn't go that much.’ ”