Somehow, there is now a sixth Robin Hood feature film in development 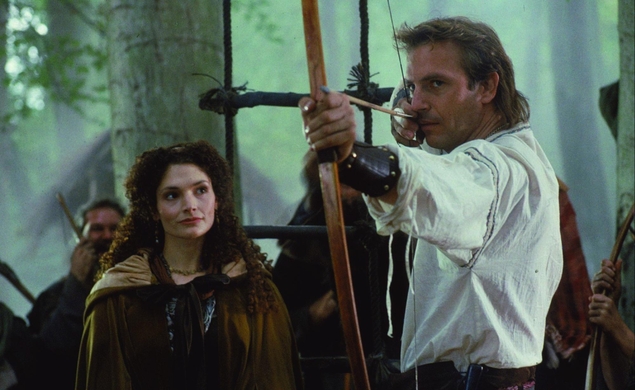 A brief refresher on the current state of Robin Hood cinema, which is fast becoming its own genre, thanks to Hollywood’s obsession with retrofitting the tale of the kind-hearted thief and his merry men for the big screen:

When our own Rachel Handler reported on these five—five!—films back in February, the market already seemed glutted with tight-clad material. But, according to some people (cough, cough, Warner Bros.), there’s room for still more Robin Hood storytelling. Deadline reports that Warner Bros. has targeted its very own Robin Hood feature, though details on its content remain slim. (Please don’t say it’s dark and gritty.)

Warner Bros. has reportedly “quietly put [this] one into development” (well, not so quietly anymore), with a script by Will Beall (Gangster Squad) and producers Dan Lin (The Lego Movie) and John Zaozirny (Always Watching: A Marble Hornets Story) attached to shepherd it to the screen. Deadline reports that “they’re keeping the take on this one secret (it’s not Lego, which seems to work for everything),” which actually makes us think that a Lego Robin Hood movie could actually be pretty fun.

Although it seems like we have reached peak Robin Hood saturation, it’s not the first time, as Deadline reminds us of the great Robin Hood Wars of 1991, when both Robin Hood (starring Uma Thurman and Patrick Bergin) and Robin Hood: Prince Of Thieves (the Kevin Costner feature) hit the big screen within a month of each other. Prince Of Thieves emerged victorious, proving that, even two decades ago, the box office only had room for one big Robin Hood feature. Can it make way for six?