The U.S. trailer for Studio Ghibli’s When Marnie Was There gets mournful, wistful, various other fuls 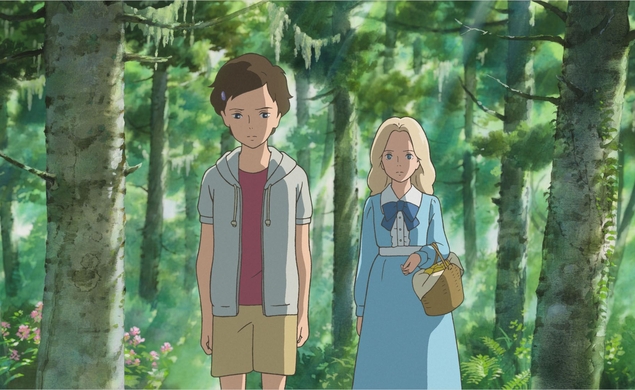 A much-circulated report last year that Japan’s famed Studio Ghibli was closing down inspired quiet, flailing panic among the subset of fans that closely follow the animation house’s work. Founded in 1985 by partners Hayao Miyazaki and Isao Takahata, Ghibli is a powerhouse of high-quality, ambitious cel-animated movies telling sophisticated stories: Miyazaki’s Spirited Away, My Neighbor Totoro, and Kiki’s Delivery Service remain some of the most winningly upbeat animated features ever made, while Takahata’s Grave Of The Fireflies and the recent Tale Of The Princess Kaguya showcase an equally skillful, but more somber and aching side of the studio. The idea of Ghibli shutting down is for many people like the idea of Disney or Sesame Street shutting down: It’s a fundamental part of a lot of childhoods, and losing it is like slamming a big, bright door that led back to a beloved part of the past.

So it’s appropriate that there’s such a sense of melancholy and mourning to the trailer for When Marnie Was There, Ghibli’s last film before what’s reportedly going to be a temporary shutdown, for restructuring and long-term planning in the wake of Miyazaki and Takahata’s planned retirements. (“Planned” because while they’re up there in age—Miyazaki is 74, Takahata is 79—this isn’t their first shot at walking away. Takahata claims Miyazaki is on his sixth attempt at retirement. That said, the recent documentary The Kingdom Of Dreams And Madness shows both of them reluctantly struggling with the films that are meant as their final projects, and suggests this really is the end for both of them.)

Marnie is the latest Ghibli film based on an English-language children’s book (after The Secret World Of Arrietty and Howl’s Moving Castle), in this case a 1967 children’s novel by British author Joan G. Robinson. It follows an unhappy girl whose foster parents send her to the country, where she makes a mysterious friend. GKIDS, the New York animation distributors responsible for bringing pretty much all good international animation to the States these days (see also: Song Of The Sea, Ernest & Celestine, The Painting, The Rabbi’s Cat, and many more) has produced an English-language dub of the film starring True Grit’s Hailee Steinfeld and Mad Men’s Kiernan Shipka in the lead roles. Here’s the trailer, now in English, though still using the same haunting tune as the original Japanese trailer, Priscilla Ahn’s “Fine On The Outside.”

The trail of the tape
Title: When Marnie Was There
Director: Hiromasa Yonebayashi
Screenwriter: Keiko Niwa, Masashi Ando, Hiromasa Yonebayashi
American voice cast: Hailee Steinfeld, Kiernan Shipka, Kathy Bates, Ellen Burstyn, Geena Davis, Catherine O’Hara
Release date: May 22, 2015
The entire trailer in one line of dialogue: “In my dreams, I saw a girl just like you.”
The entire trailer in one screengrab: 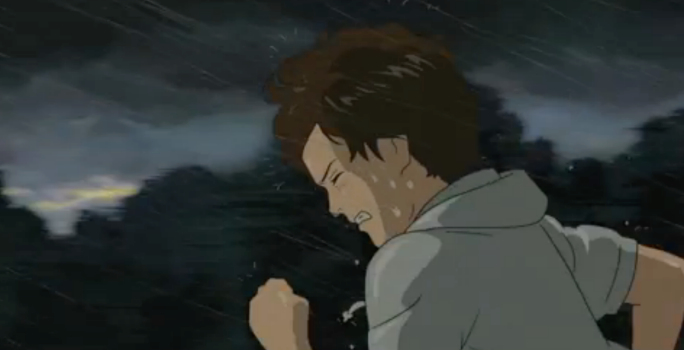 Marnie was directed and co-written by Hiromasa Yonebayashi, who also helmed Secret World Of Arrietty, and one of the other screenwriters, Masashi Ando, was the animation director on Ghibli’s Spirited Away and Satoshi Kon’s visually breathtaking Paprika. They’re Ghibli’s next generation, and Marnie will be the latest chance to see whether they can keep the spirit—and the studio itself—alive long enough to make it an intregal part of another generation’s worth of childhoods.