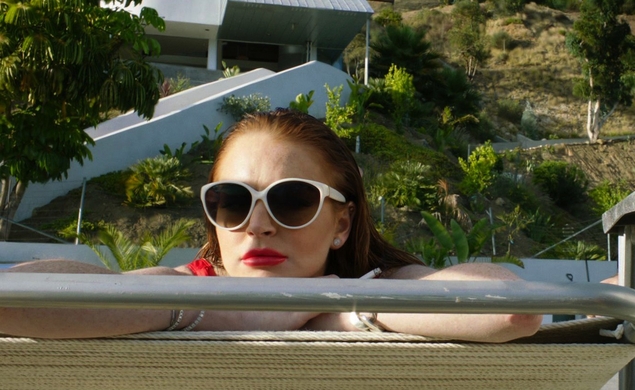 According to Box Office Mojo, in a month of very limited release, Paul Schrader’s The Canyons earned just $51,000. That’s well below the $159,000 the film raised on Kickstarter, which doesn’t include the additional $30,000 each from Schrader, screenwriter Bret Easton Ellis, and producer Braxton Pope. Of course, the film has also made money on VOD and digital, and those figures aren’t available to the public, so it’s possible that The Canyons is already profitable.

Still, it can’t be too profitable, otherwise Schrader wouldn’t be writing lengthy, frustrated posts to Lindsay Lohan on the film’s official Facebook page. In a note left earlier today, Schrader said he was “mystified and disappointed” by Lohan’s refusal to promote The Canyons, a film she helped produce and retains 25 percent ownership of. A few excerpts from Schrader’s letter:

“I hired her when no one else would. She fought to keep the role when I wanted to fire her for unreliability. She has no other films in the can. She has received her $250G deferment. The Venice red carpet is one of the extraordinary plums of the festival circuit. She repeatedly said she would come to Venice but never did. She said you would suppport the film but never did…

I assume those closet to her, her family and reps, had advised her to treat Canyons as an indiscretion. But, for me, the reality is the opposite. In Canyons Lindsay has given a bold, raw, naked original performance which vaults her from the s category of ingenue to leading lady. Don't get me wrong. I want LL to move forward, have a healthy life and, if possible, a career, but I disagree with her decision to (passively not aggressively) turn her back on Canyons. It's an extraordinary piece of work and serves her well. Lindsay, your work is excellent. Own it!”

Schrader notes that Lohan received very good reviews for The Canyons, even from those (like myself) who didn’t entirely love the film as a whole. And it’s nice to see a director stand by (and fight for) his movie, even if his leading lady has decided, in this case, not to join him. If you’re curious about the movie Lindsay Lohan doesn’t particularly want you to see, it’s still available on demand.