Cool dude Miles Teller to star in Home Is Burning 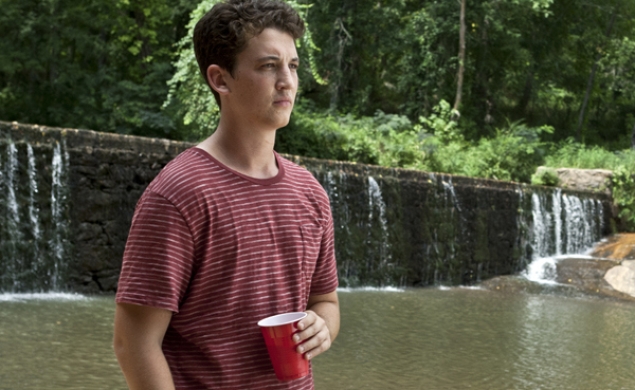 I don’t know what it is about Miles Teller. Something about his particular brand of charm just makes me feel young(er) again, like I’m an unassuming 16-year-old girl harboring a crush on the cute-but-slightly-dickish homecoming king with a drinking problem and a heart of gold. Or maybe I’m just conflating the entire plot of The Spectacular Now with my own experiences and emotions. Who’s to say?

Either way, I’m clearly not the only person on the Teller Train (a ride at Disney World in which they serve straight liquor in flasks and play Buddy Rich solos on repeat). Since his star-making turn in Whiplash, Teller’s been on a serious roll: He starred in box-office smash and critical punching bag Insurgent (fun fact: he basically hates the franchise as much as we all do), wrapped up filming for the Fantastic Four and boxing drama Bleed For This, and is currently filming Arms And The Dudes with Jonah Hill. He’s also attached to a bunch of upcoming projects, including The Life And Times Of The Stopwatch Gang, which I am going to pretend is a dark reimagining of Clockstoppers. Most significantly, last night Teller got up on stage at the MTV Movie Awards and lightly mocked Shailene Woodley for being a clay-eating moon child, creating the broadcast’s least-painful moment. Thank you for that, Miles.

Now, Teller’s set to star in and produce Home Is Burning, adapted from an upcoming memoir by Dan Marshall. In the book, which hits shelves in October, Marshall “recounts when he had to move home (into his parents’ basement) to help out after his mother faced a cancer relapse and his father was diagnosed with ALS. Marshall was a college grad, living in Los Angeles, when he had to return, reuniting with his four siblings—all colorful characters with life challenges of their own. Together, the siblings form Team Terminal, going to battle against their parents' illnesses and occasionally each other.”

The memoir has been described as “full of wit and humor in spite of its difficult circumstances in a similar vein to the work of David Sedaris and Dave Eggers.” Sounds like the exact type of dramedy in which Teller will excel (at making me love him). Jonathan Levine—of zombie love story Warm Bodies and Joseph Gordon-Levitt’s cancer comedy 50/50—is set to direct Home Is Burning, which means it will have a healthy mix of heart and hilarity, and hopefully at least two sardonic undead characters.