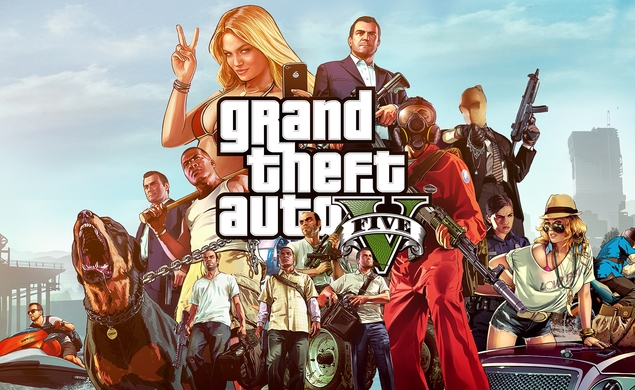 While I do enjoy videogames in general, I’ve never been a huge Grand Theft Auto guy. I was reared in a household with a high premium placed on games that didn’t center on violence or hooker-murder, and as I aged out of my parents’ dominion, the GTA series held little appeal. I gave the fifth installment of the franchise a go while staying with a friend last summer, and the results were less than encouraging. Given a controller without any further instruction, my character wandered around aimlessly for a minute or so before I heard a non-playable character talking about Czech New Wave cinema. (The game takes place in the fictional SoCal city of San Andreas, which is presumably why the townspeople are so into obscure movies.) I attempted to walk over and chat her up about Vera Chytilová, and apparently mistook the “discuss Daisies” button for the “punch a stranger” button, and accidentally murdered her. She crumpled to the ground, the cops showed up a few seconds later, and that was game over. Not really my bag.

But the GTA series has proven hugely popular with non-me people, and will now capitalize on that popularity with a feature film. Not an adaptation of the games themselves, mind you. THR notes that Daniel Radcliffe has signed on to star in a new film about GTA overseer Sam Houser and the various legal skirmishes that crusading Florida attorney Jack Thompson brought to his doorstep. As the co-founder of Rockstar Games, purveyors of GTA as well as the celebrated Red Dead and Max Payne series, Houser became the face of games that some moral watchdogs considered gratuitously violent and harmful to the souls of the youths that played them. Thompson, a man who practiced law with the intention of safeguarding America’s ethical character prior to his disbarment in 2008, hounded Houser on numerous occasions. He was unsuccessful, obviously, as the games continue to draw a huge audience. If anything, the legal proceedings drew more attention to GTA.

The film, tentatively titled Grand Theft Auto, will be a good ol’ fashioned courtroom drama, pitting the defender of recreational virtual prostitute-beating against a guy intent on scrubbing anything he considers even slightly questionable from existence. (Former litigations against the evils of hip-hop mark Thompson as more of a fogey than hero.) What happens in a legal thriller when it’s hard to root for the prosecution and the defense?