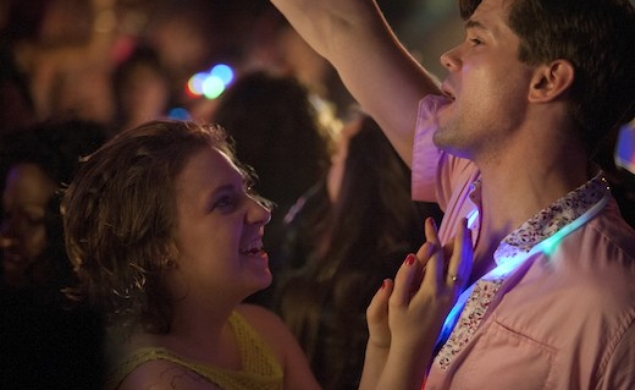 Andrew Rannells’ comedic acumen has been known to television mavens for a while now. After getting his big break by originating the role of can-do missionary Elder Price in Broadway sensation The Book Of Mormon, Rannells landed a scene-stealing part on HBO’s Girls. As Elijah Krantz, Rannells is more than the sassy gay BFF to Lena Dunham’s Hannah. He’s one of perhaps three characters on the program whose head has not been lodged firmly in his ass, and a reliable source for frank appraisals of character. When Hannah and her entourage of brutally un-self-aware Brooklynites get too wrapped up in their own nonsense, Rannells’ Elijah brings them back to reality with unsentimental wisdom and killer one-liners.

Rannells has been conspicuously absent from the silver screen, however, save for bit roles in Sex And The City 2 (yikes) and Bachelorette (less yikes). That will soon change, claims a new report from Deadline. Universal and Judd Apatow have agreed to produce a to-be-specified pitch for a comedy film written by Rannells and Mike Doyle, an actor perhaps best known for his turn in Clint Eastwood’s Jersey Boys last year and an extended stint on Law And Order: SVU as Forensics Tech Ryan O’Halloran. (All stage actors with permanent or semi-permanent residence in New York are mandated by law to appear on Law And Order, or one of its many offshoots.) Rannells and Doyle, both career actors, will ostensibly star in the film, though that has yet to be confirmed.

Doyle and Rannells were not creatively united due to their shared experiences with Jersey Boys. (Rannells starred in the first national tour of the musical.) They’re partners in life and love, which speaks to what might make a film from them such an exciting proposition. Queer comedy has gone criminally underserved in the public eye, forced to grab what land it can around the cultural fringe. Films in the vein of But I’m A Cheerleader! get big laughs while addressing the core components of life with non-hetero sexuality, but receive little love from mainstream audiences and even less from studios. With Judd Apatow’s considerable heft behind this film, it could provide a sonorous voice to a subgenre of comedy largely left voiceless.