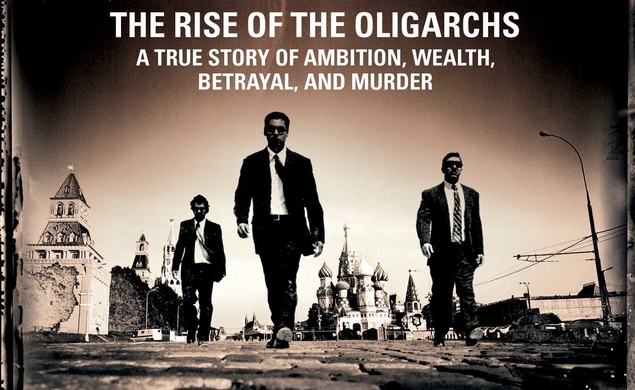 The name Ben Mezrich may be faintly familiar to Dissolve readers. He penned a nonfiction novel about the founding of popular social-networking platform/haven for confused family members Facebook, which was adapted into The Social Network in 2010. (Another of his works formed the basis for 2008’s heist thriller 21.) That novel was The Accidental Billionaires: The Founding of Facebook, A Tale Of Sex, Money, Genius, And Betrayal, and its unwieldy title is pretty typical of Mezrich’s bibliography. Other rambling entries in Mezrich’s collected works include:

So if we’re trying to trace the somewhat recent trend of overlong, pandering article headlines back to patient zero, Mezrich might be a decent scapegoat. His upcoming book will further cement that legacy, both as a source of material to adapt for feature films and as a proponent of crazy-person book titles.

THR reports today that Warner Bros. and Brett Ratner’s RatPac studios (who, just yesterday, optioned Mariah Carey’s “Christmas pitch”) have optioned the rights to Mezrich’s latest effort, which is called Once Upon A Time In Russia: The Rise Of The Oligarchs—A True Story Of Ambition, Wealth, Betrayal, And Murder. The book, which will hit stands on June 2 of this year, focuses on Boris “Godfather of the Kremlin” Berezovsky and his apprentice Roman Abramovich. Together, they built an empire worth billions (which, as we all know, is cooler than millions) through automobile reselling, oil mining, and aluminum sales.

The strangest aspect of THR’s item has to be that the whole enterprise—Mezrich’s book, not the Russian corporate takeover—was Ratner’s idea. The article states, “The idea for the book came from Brett Ratner, who has personal relations with several Russian oligarchs. He then pitched it to Mezrich.” I’m not a producer, but doesn’t 90-or-so minutes of Brett Ratner palling around with Russian oligarchs sound more entertaining than the book at hand? You could call it The Rats? Maybe get Josh Gad to play Brett Ratner? Write that book, Mezrich! The title writes itself: Expanding The Rat Pack: The Amazing, Incredible, Totally True Story Of The Tale Of A Movie Producer, Russian Oligarchs, Sex, A Billion-Dollar Empire, Betrayal, Different Sex, And Factual Inaccuracies—A Tale.