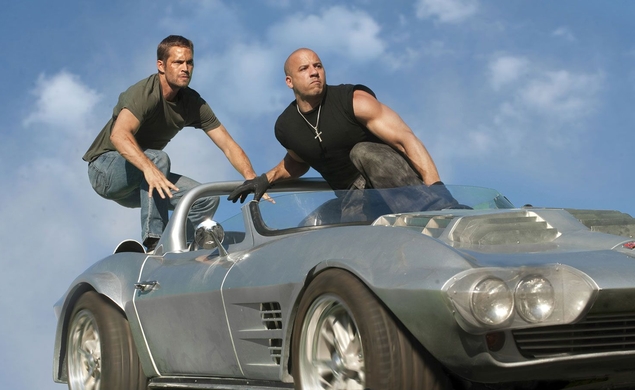 Comparing a movie to a video game isn’t usually a compliment (there are exceptions, of course, like Edge Of Tomorrow). But there’s at least one franchise that sees the term “video-game-like” thrown in its general direction quite regularly, and embraces that descriptor with gleeful abandon. Since the beginning, the Fast And Furious series has thrived on its total disregard for the laws of physics. With its band of diverse characters, all of whom have defied odds and logic to break free of their archetypes, and a fetishism for explosions second only to Michael Bay, the Fast and Furious franchise could easily exist on the plane usually reserved for video games.

Which is why it’s so apt that CineFix has transformed the first Fast And Furious installment into an 8-bit racing game that’s half-blocky pastels a la 1980s arcade classic Out Run and half-Japanese RPG-style sprites. Even in video-game form, Paul Walker’s Brian O’Connor is every bit as petulant and entitled as his cinematic counterpart, and Vin Diesel’s rough-and-tumble appearance (and attitude) is untainted. If anything, seeing every story beat in such pure, truncated form is a reminder of how delightfully over-the-top this franchise has always been, even before it started factoring in heists across eight-lane freeways and rooftop chases.

The only aspect that doesn’t make the leap is the painfully dated soundtrack, which was rife with Ja Rule and the Durst who didn’t (allegedly) murder multiple people. Either way, it should serve as a good appetizer for the fattening feast that Furious 7 should provide this weekend.