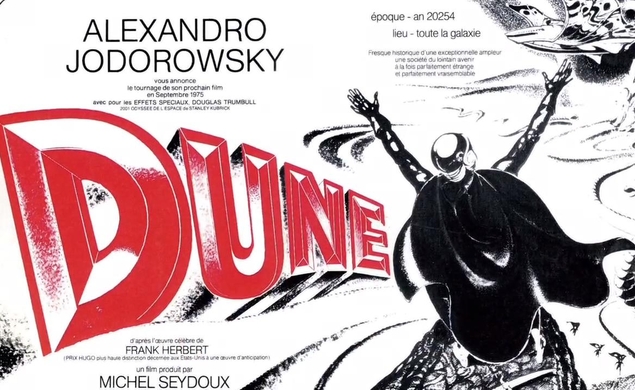 After one of the best programming lineups in the six years I’ve been attending, Fantastic Fest gave out its 2013 awards last night in Austin, Texas. The coveted Audience Award went to Jodorowsky’s Dune, documentarian Frank Pavich’s inspiring chronicle of director Alejandro Jodorowsky’s unsuccessful attempt to bring Frank Herbert’s classic sci-fi novel to the screen. The film, which first premièred at the Cannes Film Festival last May, also won the festival’s Best Documentary prize. It opens in theaters in early 2014 from Sony Pictures Classics.

Some other notable winners: Sion Sono’s Why Don’t You Play In Hell? topped the festival’s comedy category, taking home Best Picture and Best Director, while Afflicted, a found-footage movie involving vampires swept the horror awards, winning Best Picture, Best Director, and Best Screenplay for creators Derek Lee and Clif Prowse. The “Fantastic Features” category gave its top prize to The Congress, another Cannes 2013 alum, and awarded its writer (Ari Folman) and star (Robin Wright) with Best Screenplay and Best Actress awards. The fest’s “Next Wave” section, which highlights great work from first-time filmmakers, gave its top award to The Dirties, a movie about bullied teenagers who turn to filmmaking as an escape.

Though it was forced to move from its traditional home at the Alamo Drafthouse on South Lamar (which is currently under construction) to a new theater further out of town, the festival didn’t seem to miss a beat. As usual, Fantastic Fest was an absolute blast. As far as I’m concerned, it remains the very best week of the year for movie nerds, and an essential festival experience. (In the interest of full disclosure, I should mention I attended this festival as juror for the short films selection.) Here’s the full list of winners: