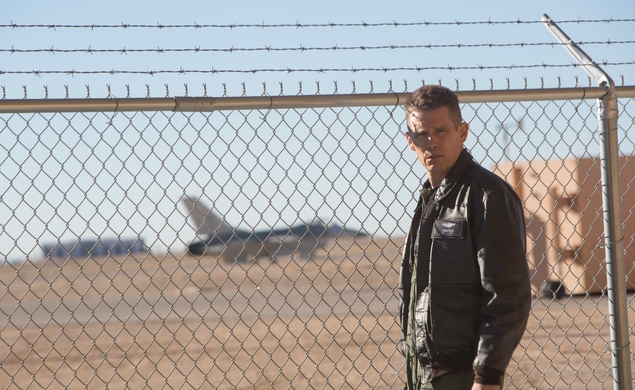 War is hell. The official trailer for Good Kill, the new drone-operation drama from Andrew Niccol, expands on that adage to note that sometimes, hell can be located in an air-conditioned cubicle a half-hour’s drive from your house. Major Thomas Egan (Ethan Hawke) represents a new sort of soldier, the kind who clocks in at 9 and leaves at 5, who puts in a good eight hours behind a joystick controlling a drone capable of incinerating an Afghan school from an ocean away.

Naturally, wielding such terrible power on a day-to-day basis does a real number on Egan’s battered psyche—how’s a guy supposed to go home and BBQ after a long day of silently ending lives? Egan’s dutiful wife has grown concerned about her husband’s eerie silence and burgeoning alcoholism. (At least, that’s what her words suggest; January Jones’ facial expression seems permanently set to “vague disapproval.”) It’s only a matter of time until he snaps. Timely as hell and sickening in the drone footage’s indifference, here’s the trailer for Good Kill: 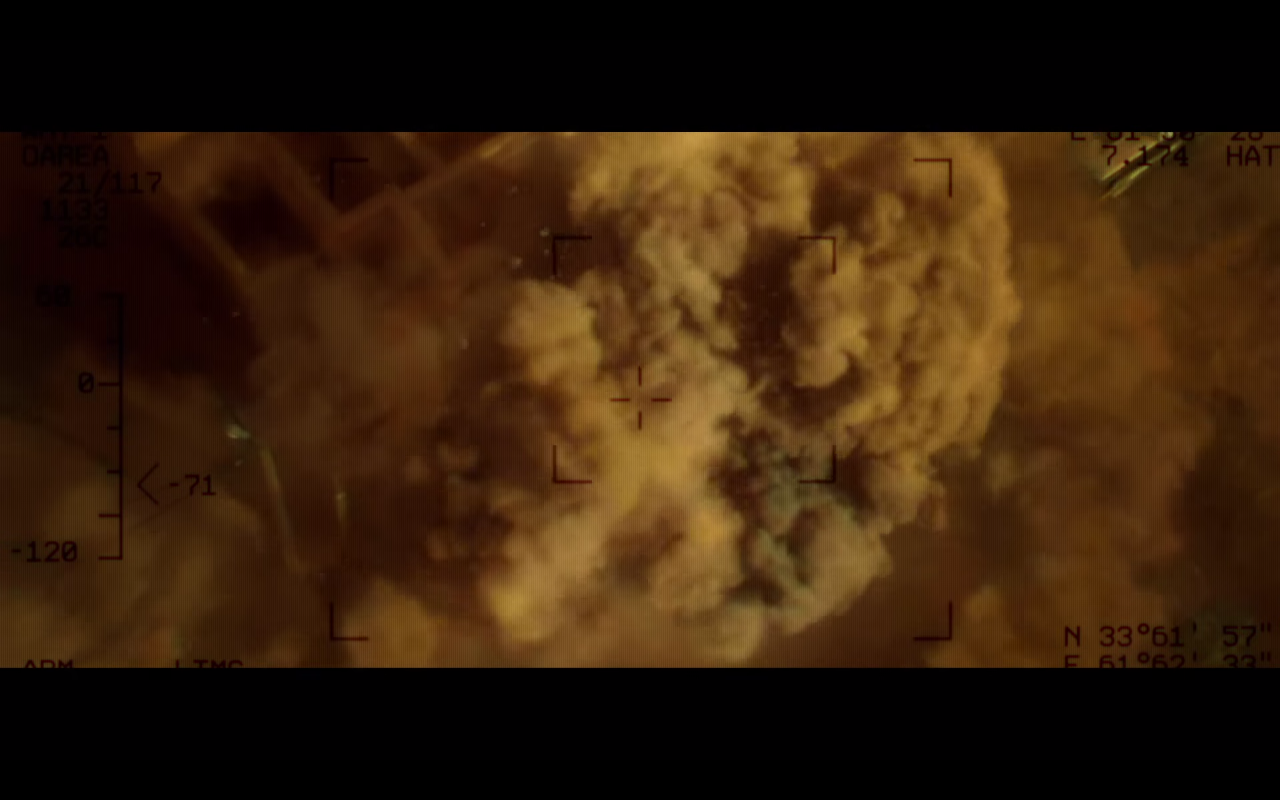 Niccol’s no stranger to war, or to Ethan Hawke. The pair last collaborated on the creepily prescient sci-fi drama Gattaca (word on some very specific streets is that scientists can now fine-tune a baby’s future penis size!), where Hawke dared to defy the new world order of eugenics. That was the director’s debut feature, all the way out in 1997, so yes, Niccol and Hawke go pretty far back. But Niccol’s 2004 feature Lord Of War might be the best clue as to what audiences can expect from Good Kill. With an on-game Nicolas Cage in the lead role, Niccol slowly and meticulously picked apart the nasty game of illegal weapons trafficking. Though our man Noel Murray’s report from TIFF recommends otherwise, I have chosen to look forward to Good Kill. Finally a film that combines my life’s two great loves: videogames and moral turpitude.