Armando Iannucci's making a comedy about Stalin, you flaming satchel of elephant sh— 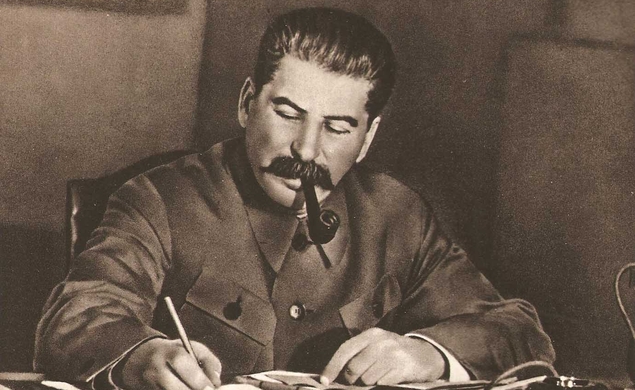 If we’re willing to discount Jon Stewart and Stephen Colbert, Armando Iannucci might just be television’s foremost political satirist. After honing his blithely profane sense of humor and incisive political commentary over the course of a critically lauded BBC series and the closest thing the 21st century will have to Dr. Strangelove, Iannucci took his talents to HBO. For the past few years, he’s made Veep into a quietly devastating takedown of the absurdities and hypocrisies of the horse-meat sausage factory that is the United States’ federal government. (With Veep, he also enabled Julia Louis-Dreyfus to bag three consecutive Emmys for Best Actress in a Comedy Series.)

But Iannucci will soon turn his attentions to a subject even more fraught with comedic potential than the day-to-day business of the executive branch of government. Certainly the most hilarious dictator of all time, Russian socialist Josef Stalin will be the next object of Iannucci’s white-hot ridicule and florid insults. When introducing a screening of Woody Allen’s Stardust Memories at the British Film Institute yesterday, Iannucci outlined the broad strokes of his return to the big screen: “It’s a sort-of-comedy about the death of Stalin,” THR quotes him as saying. Because this is Armando Iannucci we’re talking about, we can safely assume he continued that quote by calling the BFI members assembled for the screening something along the lines of “rejects from the casting call for Hideous Asexual Human Refuse: The Musical!”

As the U.S.S.R.’s iron-fisted tyrant, Josef Stalin amassed one of the highest single-man body counts in history—an unlikely well to tap for laughs. Perhaps all the better, then, that he should endure Iannucci’s blistering strain of mockery. Nothing takes the wind out of a horrible person’s sails quite like a few well-placed jabs. Though, if memory serves correctly, the people of Earth have gotten increasingly touchy over politically hued satire as of late.

And hey, since you’re here, why not treat yourself to a supercut of insults from season one of Veep? Iannucci writes put-downs like opera. (Incidentally, Iannucci also worked as librettist to the actual opera Skin Deep. What a world!)