Roger Corman thinks Quentin Tarantino is playing him in a biopic, is mistaken 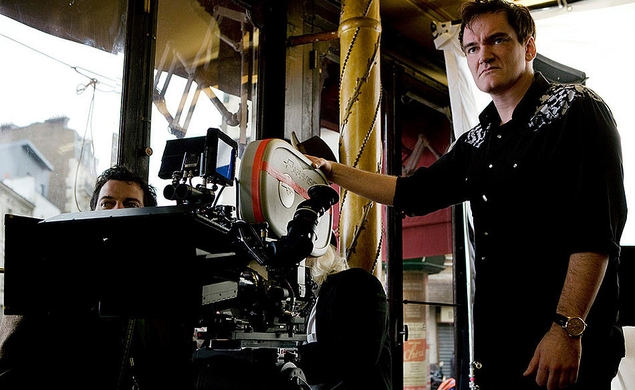 Earlier this month, we told you about Joe Dante’s long-rumored-but-finally-(maybe)-about-to-go-into-production Roger Corman biopic, The Man With Kaleidoscope Eyes. The film, from a script co-written by Video Watchdog’s Tim Lucas, will chronicle the making of Corman’s 1967 LSD movie The Trip, where the director and his crew dropped acid in Big Sur to ensure the project’s accuracy.

In that first piece, Vadim Rizov noted that Quentin Tarantino had once expressed some interest in playing screenwriter Charles Griffith. That’s why it was surprising to see an interview with Corman today in The Telegraph in which the legendary indie filmmaker claimed that legendary (but younger) indie filmmaker Quentin Tarantino wasn’t going to play Griffith—because he was playing Roger Corman.

This would be quite a casting coup. But bad news, Destiny Turns On The Radio fans: The rumor is, alas, unfounded. Dante himself took to Twitter to announce that there was “absolutely no truth to the stories that [Tarantino] is going to play Roger Corman.” (In retrospect, the fact that the Telegraph piece misspells “Tarentino” should have been a clue.)

Since Tarantino looks nothing like Corman, and his voice bears zero resemblance to Corman’s rich, refined tones, I’m going to go way out on a limb and say this is good (non-)news. Personally, if I was casting the part, I’d go with (don’t laugh) Karl Urban. Look at young Corman and current Urban side by side; there’s a definite resemblance. And Urban’s speaking voice (at least when he’s using his American accent) is closer, too. Young Alec Baldwin would have been a good fit, but Young Alec Baldwin is a lot older these days. And the past casting rumor, Colin Firth, definitely seems like a solid choice as well.